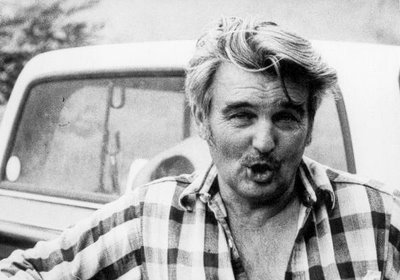 I took this photograph back in the 1970s. It is a picture of my Uncle Chuck, one of my mother's five brothers. He died this past week. He always thought he looked like Clark Gable and he could be just as wickedly charming, even though his personal life was full of sorrow. His oldest son had Down's Syndrome and died at the age of eight. His second son died as a teenager. His wife, after a long illness, also predeceased him.

Funny, I was thinking Peter Faulke not Clark Gable LOL

I'm sorry to hear of your loss Penelope, my prayers will be with you and yours

My condolences, Penny. And he does rather look like Clark Gable (I googled him to see pics).

I'm sorry for your loss. I can see Clark and Peter Falk, both. What a great conbination, debonair comedian. Must have been a wonderful man!

leann, k. & nancy: Thanks for your sympathy and prayers. Uncle Chuck will be very much missed.