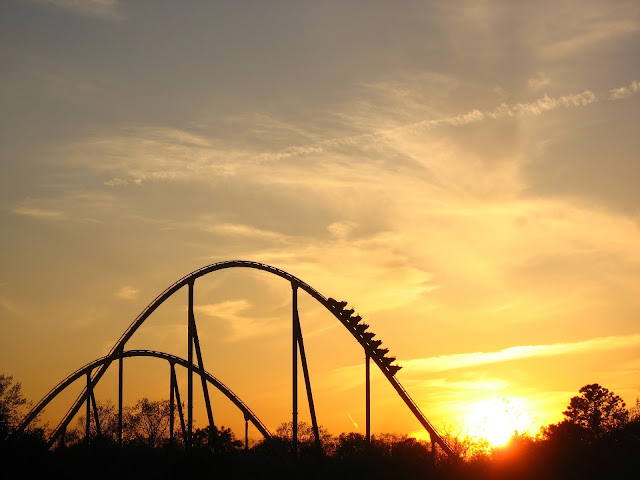 Hubby loves roller coaster rides. I do not. Life has enough ups and downs. While the ups are really wonderful, the downs can be hair-raising.

In October, the roller coaster of life gave me a new scare. I found a lump in one of my breasts. I didn't hesitate and called my gynecologist right away. After several mammograms and an ultrasound, a cyst was the probable cause of the lump. The cyst was aspirated. However, there were a few suspicious findings on the ultrasound and I went through biopsies as well. One biopsy showed I had an invasive ductal carcinoma, another biopsy diagnosed a ductal papilloma.

The biopsies were not easy to go through. Neither was the MRI guided biopsy. But my surgeon had planned to do a lumpectomy, and precision is important.  Markers were put inside my breast, and just before surgery, wires were inserted to the markers to guide the surgeon.

The surgery was the easy part. While all the removed tissues will be carefully examined, the surgeon was quite sure the lymph nodes were clear, which is as good as it gets. I will be receiving more treatment to eradicate the cancer.

Release Day for THE COWBOY'S MIRACLE! 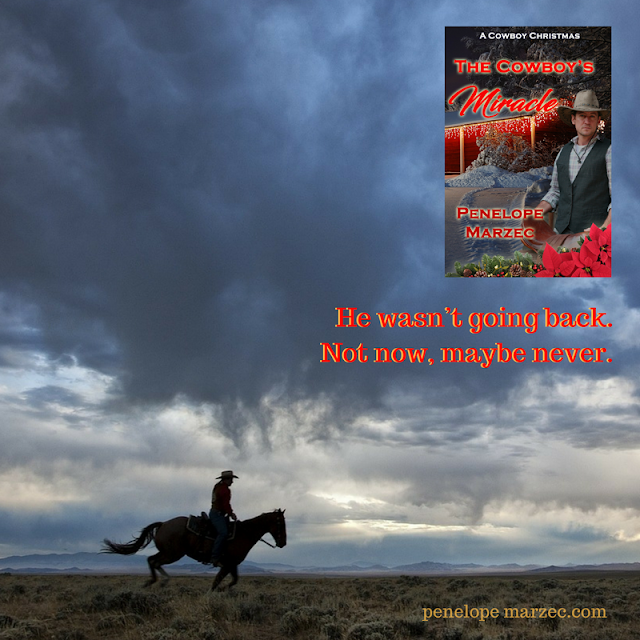 Here's a short excerpt from THE COWBOYS' MIRACLE. Enjoy!

The door opened and Seth blinked in shock. A young woman with long, curly, coal-black hair and hazel eyes smiled at him.
“You must be the vet.” She reached over to an oak coatrack and slipped into her jacket.
“Yes, ma’am. I’m a veterinarian, but—”
“I’m so glad you’re here. I’m terribly concerned about Harley.” She stepped onto the porch and closed the door.
“Harley?”
“ʻCall the vet,ʼ he said.” She laughed. “Of course, he didn’t say that exactly, but he meant it.” She hurried down the steps. “Come along. I know it’s the day after Thanksgiving, but our regular doctor is out of town—as is everyone else in the county it seems—and I had to do something. Harley was very insistent.”
“Yes, ma’am, but where’s Mrs. Holmes?”
“In the nursing home, as usual. I visited with her earlier and she’s doing fine, all things considered, but Harley’s the problem right now. He’s not himself. I’m so worried—”
“Ma’am, is Harley Mr. Holmes?” He barely comprehended her. She spoke rapidly, without a breath between any of her words as he hobbled along in her wake.
She halted for a moment and peered at him as if he possessed a substantial mental deficit. “Why, no. Harley is one of the alpacas. I believe I mentioned that detail when I left the message on the phone, though it is possible I forgot, I was—after all—a bit upset since no one would come out here and examine him. Mrs. Holmes loves the alpacas. I still bring them around to the nursing home on fine days and it cheers her more than you can imagine—calms her, too. Sometimes, she’s almost lucid when she touches their soft fleece.”
His heart sank. Was his grandmother suffering from dementia? “Is Mr. Holmes here?”
“Oh, I’m sorry. Didn’t you hear? Dr. Holmes died three years ago.”
Doctor? Seth swallowed. “He’s...he’s gone?”
“Yes, a massive heart attack. It was so...sudden...” She took in a ragged breath before
continuing. “He was the mayor for some time and practically a celebrity in these parts, though it doesn’t take much to be famous in Greenburg. Was he your professor? So many of his former students drop by on occasion. He’s still remembered fondly by many of them.”
“I went to college in Colorado. What did he teach?”
“English. Oh, how he loved Shakespeare,” she exclaimed. “To thine own self be true, and it must follow, as the night the day, thou canst not then be false to any man.”
A cold chill slid up Seth’s spine. His father often used that quote—mostly because it invariably impressed folks. He realized he discovered a link, though tenuous, but at least one thing made sense.

Download a sample to read more or buy it now at 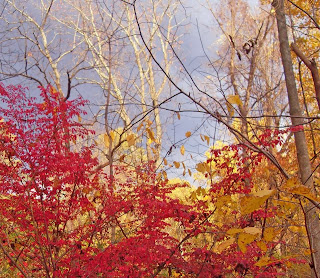 A romance must have a happy-ever-after ending—known as the HEA among romance writers. Romance authors sometimes write those HEAs even when their own lives are in turmoil. It would be interesting to conduct a survey to discover how many authors have written some of their more successful books during times of crisis.

Many years ago this particular topic came up as a question at an NJRW meeting and I spent some time thinking about it afterward. I’m guessing that the majority of romance writers are idealists. I know I am—but coincidently I am also a realist. I am very much aware of life's ups and downs. Though the sun may be shining in my life today, a cloud is surely looming on the horizon.

Life is like that for everyone and there is no escaping it. However, when the going gets tough nothing cheers me up as much as sitting down for a little while and working on a story—a story where despite difficulties, the hero and heroine wind up as perfect for each other and everything is rosy--not that I don't create a considerable amount of havoc for my beleagued protagonists. They do have some big problems to solve. Yet, they will succeed. I make up my own wonderful little world and—in my mind at least—erase some of the gloom and doom of the real world.

I think this is better than drugs or other self-destructive behaviors. Obviously, if someone has a serious problem with depression, they should get professional help. But if you’ve been following along on this blog and you read between the lines you know there have been a host of disruptions in my life. If you're a friend of mine on Facebook, you are privy to more details.

Still, I never stop writing—except for a day or two when I truly don't have a single moment to spare. Most days I write even if I’m not feeling particularly happy, or romantic for that matter. My hero and heroine are going to get their HEA, no matter what. If something good is happening in my characters’ lives, I feel better.

Labels: happy ever after, HEA 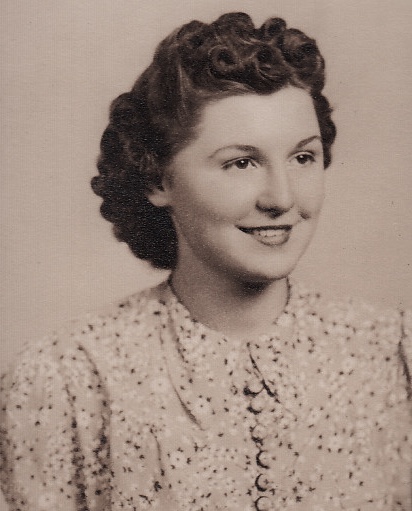 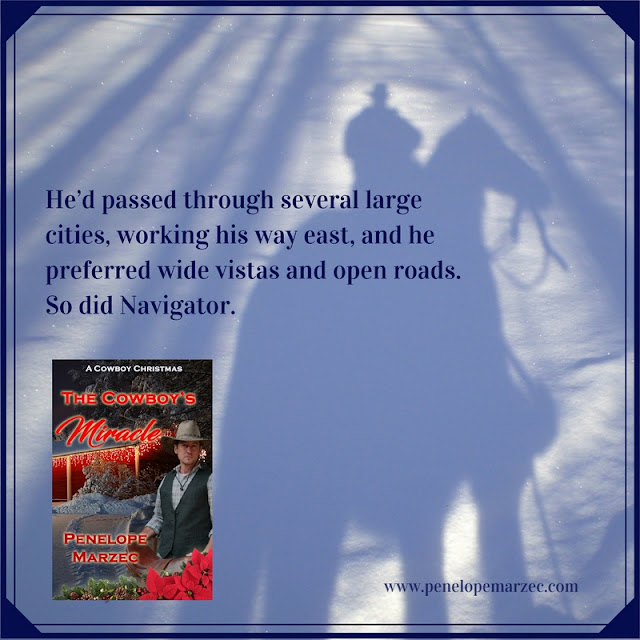 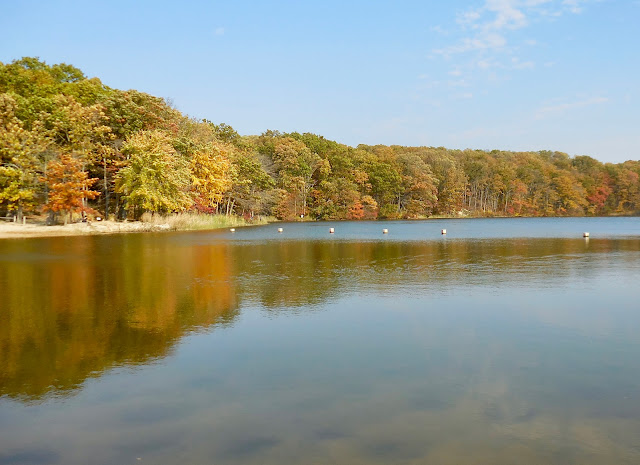 On Sunday, hubby and I went for a walk in Cheesequake State Park. I  snapped several photos. Autumn is my favorite time of the year. The air is crisp and the colors of the foliage make for a stunning sight.

Of course, whenever I shoot scenery, I'm always hoping it will make either a nice bookcover or a nice painting. However, I was wondering if there are those who do not like photographic bookcovers. What do you think? Would you prefer a photograph or artwork for a book cover? Do you think you would be more attracted to a cover with people on it, one with just scenery, or something more abstract?
Posted by Penelope Marzec at 11/01/2016 09:00:00 AM 2 comments: