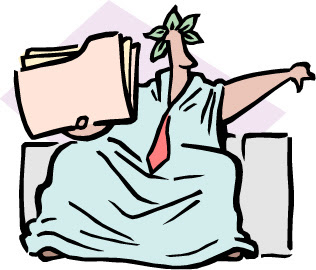 I am giving a talk at the library next week. (Middletown Township Public Library, May 2nd.) I am going to tell people how to e-publish their own books. I wrote out the talk and have been practicing my speech.

Daughter #1 belongs to Toastmasters, an international organization dedicated to public speaking and leadership. She was rather shy in grade school, but she's definitely improved. She pointed out some of the filler words I used on a regular basis when I was practicing.

Toastmasters has a specific list of filler words. Anyone giving a speech should never use the following words:

ah
um
like
you know
so (an unofficial filler word, but it can be distracting)

I speak on a regular basis. I am not afraid of public speaking. In fact, I love to talk about books! Once I get started, it's difficult to stop--but short of electric shock therapy, I doubt that I will ever be able to get rid of all my um's and you know's. 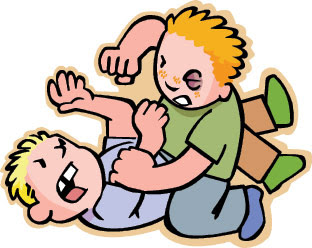 Saturday, I spent hours at a special New Jersey Romance Writers workshop listening to Michael Hauge's talk on story structure. It was a fantastic lecture interspersed with film clips. I took plenty of notes, and it is taking me a while to absorb all of the presentation. However, one of Michael Hauge's points has really stuck with me. He discussed giving the hero (or heroine) a wound--something from the distant past that has affected the protagonist deeply. As an example, Mr. Hauge showed a clip from the movie L.A. Confidential in which Russell Crowe's character talks about a horrible incident in his childhood. That scene defines the character, lending him empathy, but also adding an emotional punch which would not be there if the viewer did not know what makes the character tick.

I've always found it difficult to wound my heroines. I don't like to hurt people, but--as Michael Hauge pointed out--all of us are wounded in some way. Everyone has defense mechanisms in place by the time they are adults. All of us hide some of our true selves.

Mr. Hauge's left us with a statement to fill in for our protagonist, "I'll do whatever it takes to achieve my goal, just don't ask me to ________, because that's just not me."

If our characters are to succeed, they must go beyond their fears. That is courage. They must reveal their true selves because that is where their strength lies. 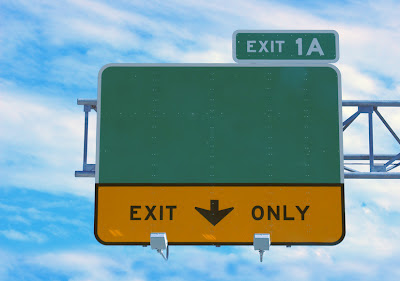 If you hide an accordion deep in the heart of New Jersey, hubby will find it. He does have good map skills, but while he has lived in New Jersey for more than forty years, he cannot find his way around without a map or me. I am hubby's GPS. He knows his way around Brooklyn, where he grew up, but he doesn't know north from south, east from west in New Jersey. He has no sense of direction.

He fears getting lost, which is incomprehensible to me. How can anyone get lost in New Jersey? There are Parkway signs and Turnpike signs all over the state. With all the jughandles, everyone makes a wrong turn now and then, but there will be another jughandle down the road where you can swing around and correct your course.

Besides, sometimes getting a little lost is fun. I call it exploring. New Jersey has some lovely scenery and unless you take a detour now and then, you will miss it.

When I write a book, it's like taking a long detour and doing some serious exploring. My outline is my map, but sometimes I loop around an unfamiliar jughandle and discover a scene of great beauty. If I was afraid of getting lost, I would never find that scene.

I know how to get home. I know how to find that happy ever after ending, but much of the fun in writing for me is in exploring. I travel deep into my characters' hearts, discover their motivations and learn what they really want. It's an incredible journey, but very entertaining.

My advice to all my writing friends is to write fearlessly. Do not be afraid of getting lost. Develop a sense of direction by studying the landmarks in your story. Tour new vistas and analyze the details.

Yesterday, I spent some time making up a chart with the main characters in my new work-in-progress. The chart looks like this: 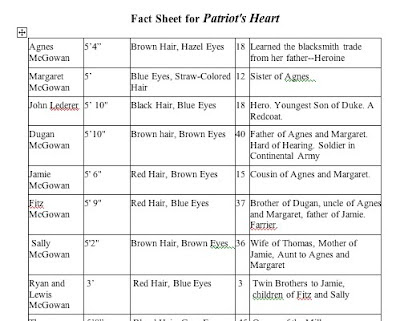 This is the bare bones stuff, but I find it handy. I don't want anyone's eye color to change mysteriously during the story.

I spent a considerable amount of time naming my imaginary friends. (That's what Daughter #1 calls them.) I had borrowed a book from the library which contained the names of many of the original families who settled in this county, which is the setting of this novel. I did not want to use any of those names in the book because my people are fictional.

Still, they had to have fairly common names for the time period, 1778. Of course, everything is subject to change. If a better name floats into my head for a character, I will use it. The heroine in my last book had another name at first, but when I realized I had too many names starting with the letter m, I changed her name. It isn't difficult with a computer. :^)

I set up this chart in Word. I can add lots more people simply by adding more rows to my table. I do much of my writing by the seat of my pants, but even I need some organization.
Posted by Penelope Marzec at 4/13/2012 09:23:00 AM 4 comments: 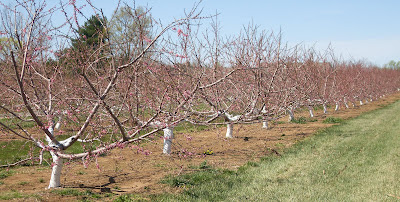 The peach trees in the orchard have bloomed. They are beautiful, but every time I think of peaches, I think of my mother-in-law bringing me a ton of ripe peaches and telling me to do something with them before they all rot.

It was ninety-nine degrees and we had no air-conditioning.

I made peach jam. My daughters and my mother-in-law helped. They peeled and cut up the peaches. I hovered over the boiling jam until I thought I was going to melt.

I canned the jam and it was the very best peach jam ever, but every time I think of peaches, I think of being forced to make peach jam on a brutally hot day.

I used a lot of my peach experience in The Company You Keep. For a writer, even a negative experience can be useful. That's one of the big perks of being a writer. All kinds of situations can be channeled into a story.

My family can recognize the truth in my fiction. None of the plots I've devised resemble reality. None of my books are anything but fiction. However, some of the details are taken from actual incidents--like the peach business.

I still eat peaches, I like the scent of peaches, and I buy peach jam, but I never made another batch of peach jam. If anyone handed me a ton of ripe peaches now I would eat a few and hand out the rest to anyone who would take them.

Labels: peaches, The Company You Keep 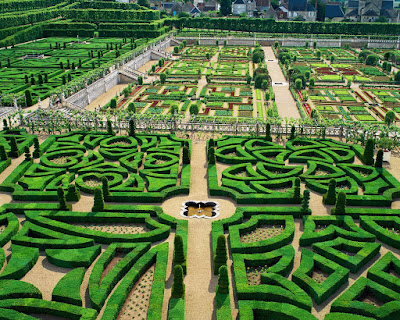 I have been dividing my time between the real world (dishes, laundry, cooking, Easter bunnies, etc.) and June 29, 1778, which is the day my new heroine finds a wounded Redcoat in her barn. I am reading history books for research and working out a plot.

Plotting is a lot like walking through a maze. Other writers have made this comparison and there is a very nice blog post about it here. Like Cheryl Reif, I have run into a few dead ends in my plot.

Since I am writing a book about a certain time period, I have to factor in the cultural restrictions of the era. However, many women during the Revolutionary War displayed a great deal of courage. They were not shrinking violets. :^) Reading about the heroines of the Revolution is fun!

We're All In This Together 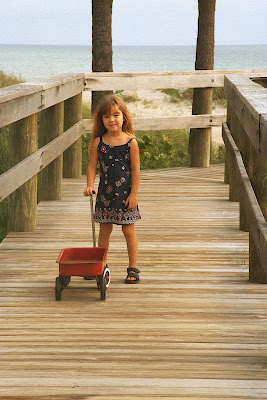 Yesterday, hubby and I went to a party. Some longtime friends were celebrating two events--the successful recover of our host from surgery and his brand new grandchild. One woman, an artist, was also at the party. She does not have a Facebook account or a blog. Our host's son tried to convince her to set up a website. She said she just always thought she could take her little red wagon into town with her work and sell it. She is a talented painter, but in today's world she needs an online presence.

There are many people who believe the internet is a fearsome beast. However, for writers, artists, and musicians it is a powerful advertising tool. Best of all, it's very inexpensive.

The writers I know are generous and entirely willing to help each other. I spent the weekend hitting the LIKE button on several writers' Facebook fan pages. In turn, they liked my fan page. The authors at Crescent Moon Press started a tribe at triberr.com so we can now share blog posts easily on Twitter.

Selling books (or any art) is all about networking and reach. A potential customer needs to know you have something they might like to buy and your product should be easy to find in a search engine. It's simple.

We are all in this together and I am very grateful to those who have helped me.