Save Your Reviews On Paper 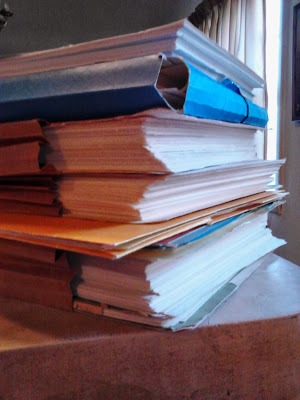 I believed that everything on the internet remained there forever. I have discovered this is not true--at least for some things like the reviews I received for the first edition of SEA OF HOPE. Most of the reviews on that book have vanished. Only a few are left. However, since it was my first published book, I printed out many of the reviews and saved them. Unfortunately, I cannot put them on Amazon. I am reduced to begging for new reviews on the second edition.

Still, I had a wonderful time reading through the old reviews I saved. I even discovered the book had won another award which I had completely forgotten about--The Clara Award.  Sadly, that award no longer exists, but I do have a wonderful document proclaiming my achievement.

Some of the websites where reviews for my book first appeared are still there, but the reviews for Sea of Hope have long since disappeared from their archives.

Here's a snippet of a review written by Robin Peek at Romance Reviews Today, "Ms. Marzec has created a poignant and inspirational story of faith and trust. Her characters are in-depth, emotional people who hide their true feelings, but through faith, learn to forgive and trust. SEA OF HOPE is a truly inspiring romantic tale for readers of all ages."

Cindy Penn wrote, "Author Penelope Marzec appropriately chooses a modern day fishing village for this gentle inspirational romance that allows these strong-willed characters to rediscover faith. Like the disciples in the Bible, these characters struggle with painful circumstances to build love for God."

I found the Blue Iris Journal online, but not the review written for Sea of Hope. Here's a little of what Elizabeth K. Burton thought of the book, "This is a solid inspirational romance where the romance and the inspiration are superbly well-balanced. Faith here is not ethereal moralizing, but a pragmatic element of the characters' daily living. Even those who under ordinary circumstances don't care for having a religious thread in their romance will find Sea of Hope first-class entertainment."

I spent a lovely evening reading through these and other accolades for the book. My advice to other writers is to save your reviews on paper and file them safely away. Some things on the internet do not stay there forever. 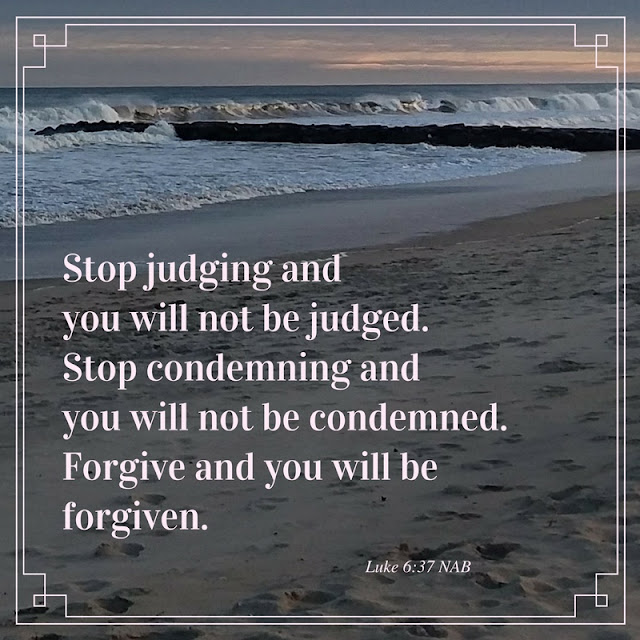 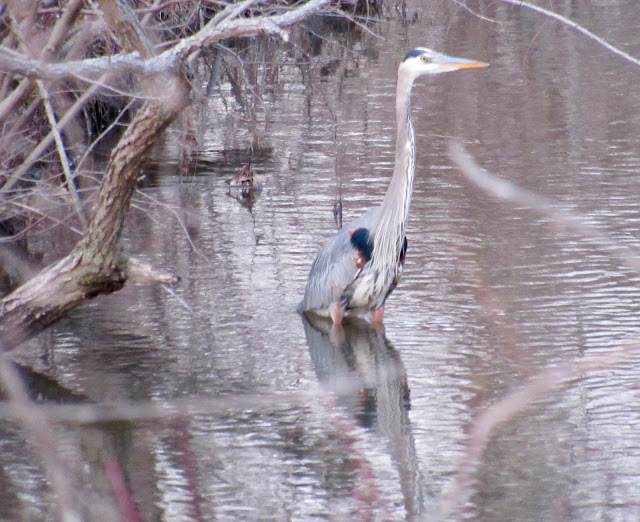 Last week, Daughter #2 and I went for a walk along a bridge over a marsh. Daughter #2 spotted a Great Blue Heron. It was a cold, blustery day but that didn't seem to bother the heron. I was lucky enough to get this photo before he flew away to the safety of a tall tree.

Later, in looking up the habits, diet, and other particulars about bird, I noticed that most references did not use capital letters for the name of the species though some did. Hmmm.

The Great Blue Heron is a magnificent bird. Shouldn't his name be capitalized? I found a blog post, http://penelopedia.blogspot.com/2010/12/bird-names-to-capitalize-or-not.html, which went into great detail concerning this topic. The truth is some folks do not capitalize bird names, but the International Ornithologist's Union is of the firm opinion that bird names should be capitalized.

So I'm with the International Ornithologist's Union. Give this amazing bird capital letters for his name.

The newly revised, second edition of SEA OF HOPE is now only $1.99 until the end of March! It is available online at most ebook distributors. SEA OF HOPE won EPIC’s eBook Award for Best Inspirational Novel in 2002. Originally published by Awe-Struck Publishing, I have now reissued it with an awesome new cover designed by Taria Reed.
You can read what’s inside by going to the Amazon page for the book and clicking on the book cover. Try it here: http://a.co/7zgTI4o 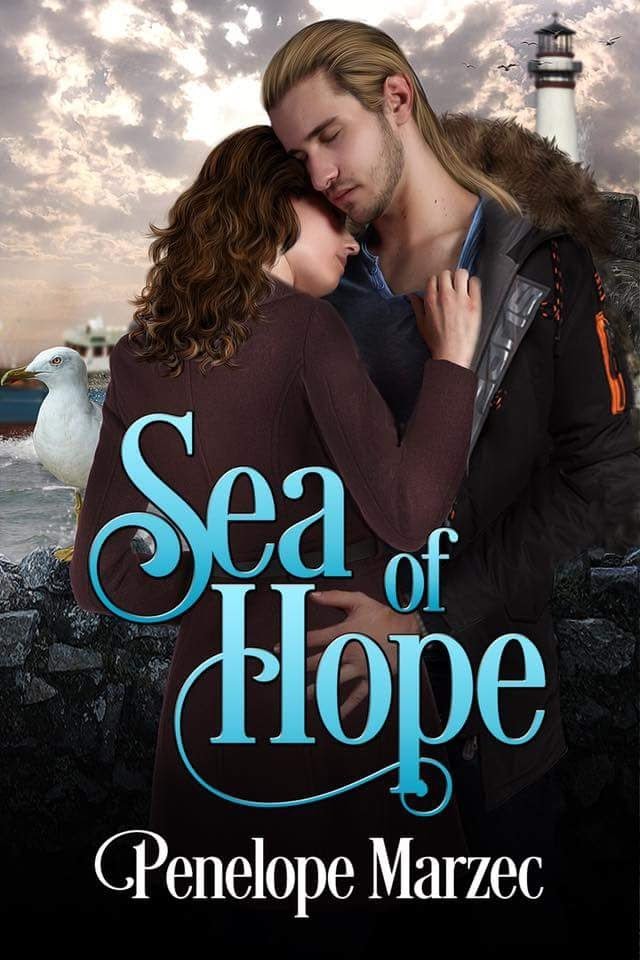