My Book Trailer for PATRIOT'S PRIDE

I spent a considerable amount of time putting together a book trailer for PATRIOT'S PRIDE. You can view the result of my efforts below. I have fun with this type of activity. I keep expenses at a minimum by using as many of my own photos as possible. I purchased the video of the sailing ship and the man writing with a quill pen, but the castle is actually Lambert Castle in Paterson, NJ, which I've visited a few times. I snapped the photo of the antique medical apparatus at an encampment at Sandy Hook.

To make inexpensive book trailers, I strongly suggest you walk around with a camera and take photos of everything.

The video was made with iMovie on my Mac.
The book is available for FREE with #KindleUnlimited. Go to https://www.amazon.com/Patriots-Pride-Penelope-Marzec-ebook/dp/B07QMYKX4V/

Faith and Worn Out Shoes 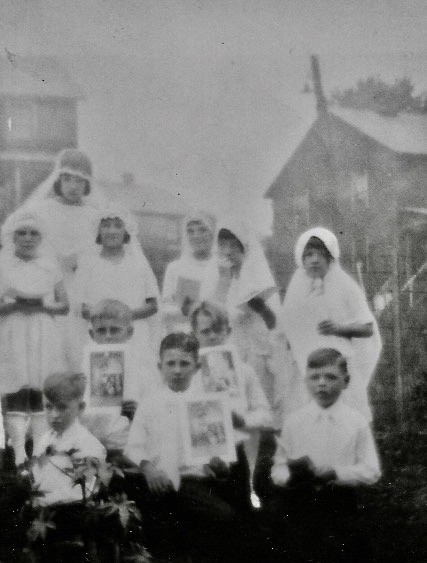 The photo above shows my mother and her sister at their First Holy Communion. They are the two girls on the right. Times were hard. My grandfather was a coal miner. He and my grandmother had seven children. My mother and her sister were the oldest. Then came five boys. Despite a lack of money, my grandparents were very adept at making ends meet. My grandmother sewed clothes. She grew vegetables and canned them. Nothing was wasted.
However, when it came time for my mother to be confirmed as a Catholic there was a problem. The church was miles away. My mother wore out her shoes walking back and forth to receive instructions in the faith. My grandfather patched her shoes with rubber tires, but there was no money to buy new shoes. So, my mother did not finish the necessary preparation and was not confirmed.
Many years later, when my mother was to marry my father in the Catholic Church, the priest asked my mother to promise to be confirmed afterward. My mother kept her promise, but it took her a while. When my brother and I were confirmed, my mother was, too. She did not dress in a rented gown as my brother and I did. She wore a light blue suit. My brother and I were in the front of the church with our peers. My mother was in the back of the church with other adults.
Even though she received her confirmation at a much later age, my mother always had a deep faith and knew the Scriptures, not only quoting the verses but proving her conviction with action. When she learned of hungry neighbors, she gave them food. When someone was ill, she baked for them. When someone needed a ride, she gave them a ride. She listened to the troubles of the neighbors and gave them advice. I always thought she ought to hang out a shingle as the neighborhood psychiatrist. 😊
She may have worn out her shoes as a youngster, but she held fast to her belief.
Posted by Penelope Marzec at 6/17/2020 09:39:00 PM 1 comment: 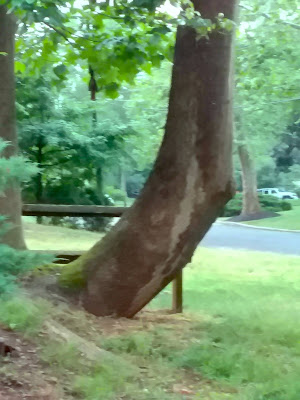 I always wondered about this tree. Why is it bent like that? Could it be one of the trees the Native Americans used as a trail marker?

I found a website that lists many of the reasons this particular tree would not be one the Native Americans used to mark a trail. There is a river nearby, which would make a trail marker useful. However, this tree is not an oak. It's a tulip tree--and it's rather young. It's doesn't bend down very low either.

Have you found any bent trees? Check out https://tiphero.com/bent-tree-meaning to see if it might be a Native American trail marker. 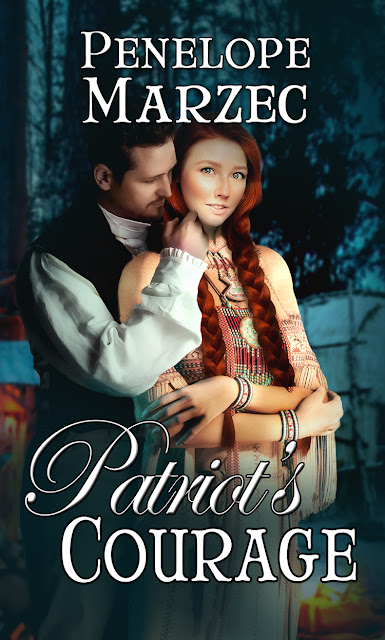 I am delighted with the cover for PATRIOT'S COURAGE! This is the third book in my Patriots series and reveals what happens when the twins, Ryan and Lewis, decide to use their father's promissory note to get land in the Ohio Territory. Soldiers in the Revolutionary War were promised one hundred acres of land, which applied to them or their heirs. (You can read about that in another post https://penelopemarzec.blogspot.com/2014/06/one-hundred-acres.html.)

The book will be released in September. I can hardly wait!