I received another rejection yesterday for The Pirate's Wraith. It was a very sweet, very well-written rejection, but the basic message was negative. I went to the Liberty States Fiction Writers conference last March and talked to four editors--none of them leaped at the chance to publish my book. I went to the New Jersey Romance Writers conference last month and had interviews with two agents. Both of them have now rejected the book.

Trying to land a publisher or an agent is not an easy task--even though I've written plenty of other books. It's like banging your head against a brick wall, which is why I reissued Prince of the Mist on my own and I am glad I did.

Above is a colorful pie chart from Metric Junkie. It illustrates the sale of my Kindle books at Amazon. Prince of the Mist accounts for half of my Kindle sales this year so far at Amazon. My books have sold at other distributors as well, but Metric Junkie doesn't pick up the statistics from other sites and Metric Junkie only allows me to list ten books.

I look at the chart every now and then to boost my morale. I have not sold a lot of books but there are people willing to download my stories and live in my fantasy worlds for a while.

It is great to have a publisher. Having a professional edit the story and an illustrator design a cover allows me to spend my time writing more stories. I am delighted that the Prism Book Group is going to publish Daddy Wanted, but The Pirate's Wraith is not appropriate for their line.

Oh well. My imagination is far too active.

I may try one more publisher, but if that turns out to be a dead end I'll be releasing The Pirate's Wraith myself. I do not enjoy bashing my head against brick walls. 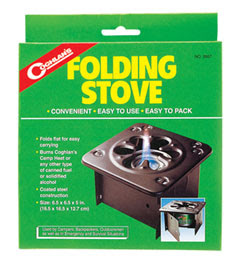 I ordered this Sterno stove yesterday. It is a Christmas present for Dad. He's been requesting one ever since the power went out after Sandy's wrath. So while this will not be a surprise gift, I know it is one that is wanted. Of course, my sister is afraid of allowing Dad to use matches, but I'm hoping we won't have another superstorm anytime soon.

There are newer, more modern versions to hold Sterno fuel, but this one looks exactly like the one my family used when we were young. Many people today are only familiar with Sterno as it is used by catering facilities to keep food warm. However, my family used the little folding stove all the time on our trips out to western Pennsylvania to visit my mother's relatives when I was young.

With four kids, my parents rarely stopped at a restaurant to eat. On the long trip out on the Pennsylvania Turnpike, Dad pulled off the road when he spotted a rest stop with a picnic table. There Mom would whip up hot dogs and beans using the Sterno stove--or sometimes scrambled eggs. Whatever she made, we ate it up quickly and climbed back into the car to continue our long ride.

I can't wait until this little stove arrives. Maybe, once it's presented to Dad, I'll make him an omelet with it. Just for fun--even if we have power. 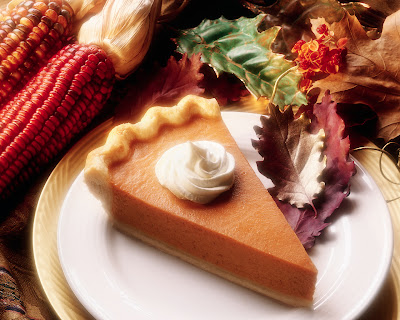 I want to wish everyone a wonderful Thanksgiving. I'll be hosting dinner for a dozen--so I still have a lot to do in the next few days. However, I'll be looking forward to the pumpkin pie at the end of the meal. I love pumpkin pie! What's your favorite?

Writing in the Dark 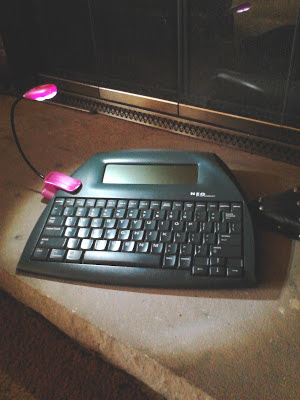 I type much faster than I can write in longhand. For our extended power outage I wrote using my old Alphasmart Neo with a Mighty Bright booklight clipped on the side. I did not use my iPad because I did not know when or where I would be able to charge it. (I intend to get an power inverter for the car for the next power outage.) I also read books with the booklight, too.

My Cellphone and Sandy

When Superstorm Sandy roared into New Jersey, she took out one quarter of the cell towers in the area. As the storm moved away on Tuesday morning, I wanted to call my friends and family to let them know we were fine--and I wanted to know how they had weathered the storm, too.

Our landline phone did not work because the battery backup only lasts for a few hours and our power had gone off a little after 8 p.m. on Monday night, which meant no wireless as well. I had charged my cellphone before the power went off, but it had no bars--no signal at all--in fact, it had a little gray x in front of the gray bars of powerlessness. I could not call anyone and no one could call me.

What would I do if I needed help? My anxiety level went up. As I said in my previous post, this was one of the worst aspects of the experience for me. I was cut off. I did not know how those near and dear to me fared in the storm.

I discovered that my neighbor, who has a different cell phone provider, had service, which was good because she had a huge hole in her roof and truly needed help.

We were fine, but I learned not to rely on technology for communication after a terrible storm. I sure hope the cell phone companies build stronger cell towers in the future.

I still love my little smart phone--when it works, but this country needs to work on a better way to handle communications during a disaster. 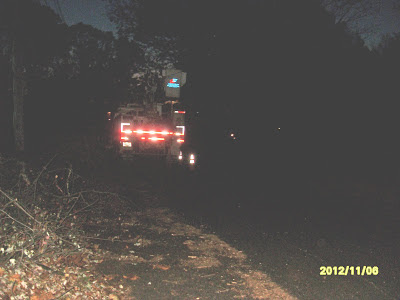 I was overjoyed to see utility trucks on my street on Tuesday night. After eight days without power, those trucks brought hope with them.


I was born in New Jersey and I have seen many storms blow through the state. In my lifetime, Superstorm Sandy tops them all in the devastation it left behind all along the Jersey shore.


My family and I are fine. Our house remained intact, only losing several shingles. While our yard is littered with massive branches, we are lucky that none put a hole in our roof. Some of our neighbors weren’t as fortunate.


In our neighborhood, the biggest danger in ANY storm comes from falling branches and trees. In the nor’easter of 1992, five pine trees were uprooted in our yard and one of those trees took the power lines down with it.


Afterwards, we had many huge trees removed that were close to the house. (Expensive!) Still, the trees remaining on the property continue to be a threat. During the Valentine's Day ice storm of 2007, one dropped a large branch on hubby’s car, which broke the window.


When the monster storm, Sandy, made a direct hit on New Jersey homes close to the beach or on barrier islands were destroyed. The destruction was so thorough it appears as if a tsunami caused it. My heart goes out to those who lost everything.:^(


We live on high ground—66 feet above sea level to be exact. However, we also live close to a large dam over a river which is a tidal estuary. Last year, during Hurricane Irene, the dam overflowed and the river rose so high it covered the road and destroyed another neighbor’s house.


Before Sandy arrived, we took precautions—stocking up on water and non-perishable food. We had plenty of flashlights, our cellphones were charged, and I had restocked the woodbox.


As Superstorm Sandy approached, we checked out conditions online and viewed frightening photos of the flood conditions preceding the storm. One by one, people began to report that they had lost power.


We ate supper as the gusts outside increased. Our power went out a little after eight and the winds whipped up into a fury. By then, darkness had fallen. We could no longer see what was happening but that only made the situation worse as we heard loud thumps reverberating all around the house—the sound of large limbs or trees crashing to the ground.


At one point, a great branch from a silver maple landed inches away from the front the bay window.


The experience was nerve wracking. Daughter #1 checked the attic to make sure it did not have a hole in it since several times we heard something fall on the roof.


The ferocious roar of the wind died down after a while and we went to sleep wondering what the dawn would bring.


In the morning we looked out the window and saw a gigantic tree embedded in our next door neighbor’s roof. Several other neighbors had gutters ripped off, or had smaller branches stuck in their roof.


We had no power, no phone, and no internet for eight days. My cell phone was useless, too. Previous to this storm, the longest we had gone without power while living in this house was twenty-six hours during the ice storm of 2007.


Still, since we had a gas stove with a pilot light we could cook. We have a fireplace. We had hot running water. However, we do not own a generator.


It didn’t take long for the milk in the refrigerator to sour. We had to toss everything except the beer in the ‘fridge.


For the first few days after the storm the temperature inside the house remained comfortable. Then the thermometer outside dipped into the thirties at night and the house became rather chilly. Sitting directly in front of the fire is great, but halfway across the room it is not as toasty.


Candlelight is noted for its ambiance, but it is tough to read in the dim glow of a candle—or even a massive collection of candles. However, I have a book light, which is great for reading in the dark, and I have a little emergency radio.


Hubby does not need electricity to play his accordion. When I got tired of reading, Daughter #1 and I played Bananagrams. (I love that game!)


The hardest part of the experience was not being in touch with all the relatives. Daughter #1 went back to work on Wednesday, where she had heat, light and cellphone service. She sent everyone a message to let them know we were fine.


I managed to get out a few tweets here and there, but we had the clean up to contend with and Friday morning we went looking for gas for my car and wound up sitting in a gas line for an hour.


The gas station had a separate line for those with gas containers. Many people have generators and while they do make life without power more bearable, getting gas for the generator creates another crisis.


Since our water company did not fail, we donated the water we had purchased before the storm to those who are without anything in the many shelters in the state.


We missed our internet and television news but sitting in front of the fireplace with a glass of wine and a book is pleasant. If it had been cold enough to freeze the pipes, our experience with Superstorm Sandy would have been far, far worse.


While we have been inconvenienced, there are many, many families in New Jersey and New York who lost everything and would be grateful to return to their home even if it lacked power.


This one storm decimated our state. If you can help out, please donate to the charity of your choice to bring aid and comfort to those affected by this massive disaster.