Should Authors Give Their Books Away? 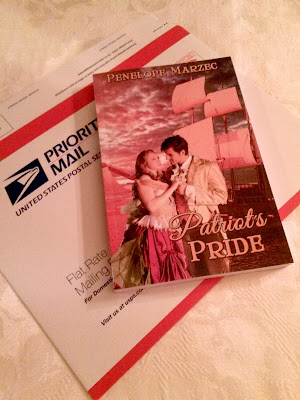 I sent out four paper copies of PATRIOT'S PRIDE on Saturday to readers who were picked for a Goodreads Giveaway. I'm hoping I'll get four reviews, but I know I'll be extremely fortunate if I do. I still believe the Goodreads Giveaway program is a great way to get people to notice my books. 556 people signed up for the giveaway and 286 people added the book to their lists. However, last year I ran a giveaway for PATRIOT'S HEART. While 365 people signed up for the contest, and I sent away four free copies of the book, I didn't get a single review from any of the winners--yet. I suppose there's still hope.

Honest, fair reviews are difficult to obtain--unless there's money involved. Though I don't see how someone can be objective when cash is a requirement.

There are many authors who refuse to give their books away for free, while there are an equal number who feel it is part of a sensible plan to entice readers to become fans.

Below is one author who lists the pros and cons of free books.
http://jefflaferney.blogspot.com/2015/05/should-indie-authors-give-their-e-books.html 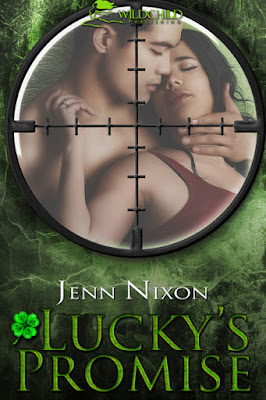 On July 9th, I mentioned that I was reading Jenn Nixon's book, LUCKY'S PROMISE. Despite Jenn's description of the heroine, I continued to see Jenn in my mind, because I know her.

Well, here's what Jenn's heroine, Lucky, really looks like. And there's the hero, too. They make a nice couple. :-)

Lucky's Promise officially goes on sale today. Below are the buy links along with Jenn's contact information:

My Review of LUCKY'S PROMISE

Packed with tense moments and action, this book contains a heaping dose of angst and torment as well. I kept turning the pages, worrying about Lucky nearly as much as she worried about those close to her. As a member of a network of hired assassins, she rids the world of evil men. She feels justified in that task for the men she is assigned to eliminate have committed heinous crimes. However, she’s also spent years searching for the man who killed her mother, but that man is searching for Kenji, who is deeply in love with Lucky. Plagued with anxiety, Lucky tests Kenji’s patience, refusing to let him into her heart for fear of losing him even though he’s the only one who seems to be able to help her deal with the afflictions she suffers due to her unhappy past.

As Kenji breaks down Lucky's barriers to love, the danger grows ever nearer for both of them. Ms. Nixon delivers a solid emotional punch in this third book of her series. It’s well worth the read. I give it FIVE STARS!


On our recent trip out to Ohio for a family reunion, we drove along Interstate 80. The big eighteen wheelers are intimidating, but hubby reminded me that--for the most part--they drive in a conservative manner. He followed one truck for a long while because the rig was traveling at a steady speed. Later, when it was my turn at the wheel, I wound up doing the same thing. I got behind a truck with a pace that seldom varied.

When it was time for a brief break, we pulled in at a truck stop. I love truck stops. Aside from good coffee and food, the stores are filled with a variety of items--everything from electronic gadgets to clothing. I bought a T-shirt for my father with an interesting camouflage design. When I returned home and gave it to him, I told him he could go hunting now. :-)

As a writer, I thought the above quote apropos to my work. For those of who find the quote difficult to read, it says:


The quote is on the wall at the Rock and Roll Hall of Fame in a section that depicts the outcry against rock music. Many thought it was music of the devil. Some thought it would turn young people into Communists.

Of course, there was an outcry against the waltz, too.


So long as this obscene display was confined to prostitutes and adulteresses, we did not think it deserving of notice; but now that it is attempted to be forced on the respectable classes of society by the civil examples of their superiors, we feel it a duty to warn every parent against exposing his daughter to so fatal a contagion." (Source: The Times of London, 16th July 1816) http://www.centralhome.com/ballroomcountry/waltz.htm


Obviously, anything new is subject to condemnation.

Who Do You See?

I know a lot of authors. We hang out together. I buy their books. Then I read them. When I do, it doesn't matter what the heroine looks like on the cover because as I read the book I see the author in my mind.

Lately, I'm reading Jenn Nixon's book, Lucky's Promise and in my mind, I see Jenn as the main character. I've known Jenn for many years. She's in the Liberty States Writers Fiction group. Her heroine does not look like her at all, but my mind ignores that fact.

This is not the first time this phenomena has happened to me. If I know and have talked with the author--that's who becomes the main character in their book in my mind.

Labels: authors, who do you see

IRONS IN THE FIRE, Third Edition 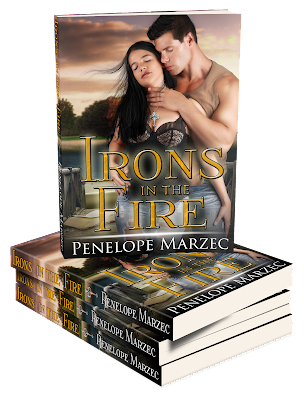 I wrote my first book when I was nine, but I wrote it on yellow legal paper using green ink. I illustrated it, too. Few people have seen that first effort, but it was a paranormal romance. (Yes, even at the age of nine.) While I was in high school, I made several attempts to write a novel. In one of those stories, Paul McCartney fell in love with the heroine--who was me, of course. Technically, I would now consider that a paranormal romance. LOL!

Then along came college, a job, and marriage. I had little time to write except for some very bad poetry. Hubby had a motorboat and we spent our "free" time zipping around on the local waterways, tying up at restaurants which had docks on the river, and getting caught in thunderstorms.

I became a mother. I stayed home and breast fed my little darlings. As I sat and nursed them, a story took hold of me--and it wouldn't let go. That story was IRONS IN THE FIRE. I finished it and sent it off to be rejected at least twenty-five times until at last I succeeded in finding a publisher.

Now, IRONS IN THE FIRE is back online with a spectacular new cover designed by Taria Reed! The book received a nomination for the Best Small Press Paranormal Romance in Romantic Times Reviewers' Choice Award. A reviewer in Romantic Times Book Reviews called it, "A cleverly written tale of magic, evil villains, murder and the power of love, IRONS IN THE FIRE is a fabulous read."

At All Romance Ebooks: https://www.allromanceebooks.com/product-ironsinthefire-1845399-143.html

Make IRONS IN THE FIRE your summer read!