The Most Precious Gift

My sisters, along with their spouses and children, visited last weekend. My house overflowed with relatives, but it was great to see everyone and simply chat for hours. We reminisced about many of the visits to the ER with our children when they were young. What had been traumatic at the time, became funny in the retelling with all the details. We recounted the stories of the births of our children. We looked at old photos.

It was an enjoyable trip down memory lane, but too soon everyone drove off and I was left with an abundance of clean up chores. I don't mind.

Time is the most precious gift anyone can give. Those moments shared with my sisters and their families were a true blessing.
Posted by Penelope Marzec at 12/30/2014 09:27:00 AM 2 comments:

Labels: the most precious gift, Time

This animated short film was nominated for an Oscar in 1939. Unfortunately, it's still relevant. People are more polarized than ever and argue about everything. Why can't we just get along?

Last minute stuff to do before Christmas! Daughter #1 introduced me to this carol and now it's one of my favorites. I'm going to listen to it while baking today. I hope you enjoy it, too.

Want to make your house smell delicious? Need decorations for your tree?

Make a batch of my Cinnamon Apple Ornaments. These are not edible, but they smell wonderful and the aroma lasts for a few months. They can decorate your holiday tree, your wreath, or you can put them on top of packages.

Mix well until the mixture is stiff.

Between two sheets of waxed paper, roll out the dough to a 1/4-inch thickness. Use a cookie cutter to cut out the ornaments. Using a drinking straw, poke a hole in each one for hanging. Allow several days to dry at room temperature. When dry, insert a ribbon in the hole in each ornament. 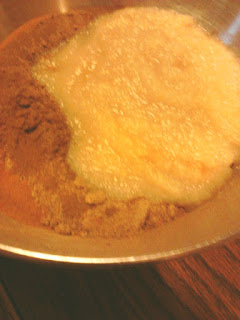 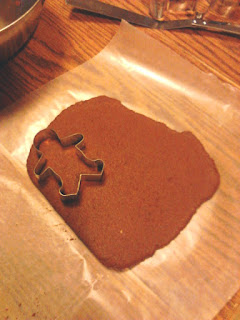 Cutting the shapes with cookier cutters is easy. 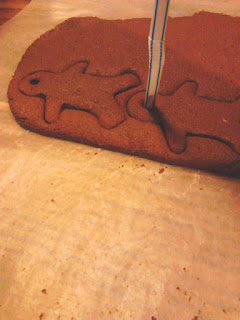 Use a drinking straw to make a hole. Later, when the ornament is dry put a ribbon through the hole for hanging. 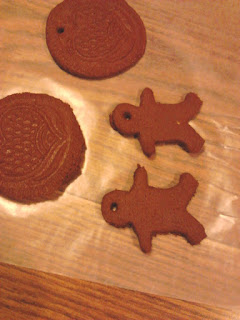 You Do Have Time to Read 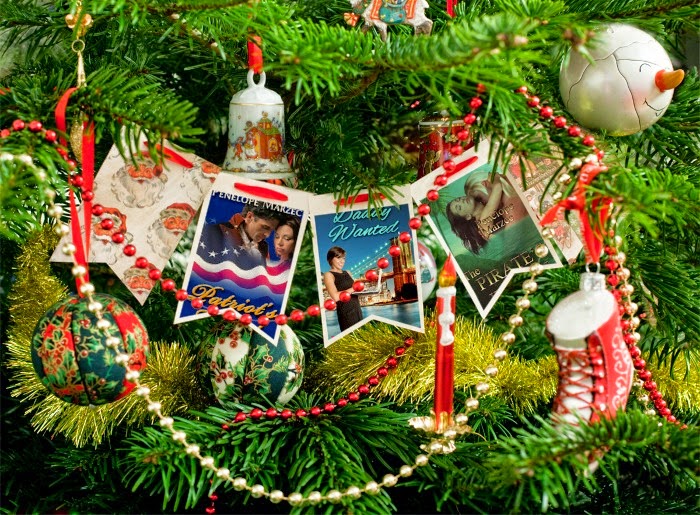 Books can enrich your vocabulary, expand your mind, and widen your perspective. Book make great gifts.

Why aren't you reading a book? Most people claim they don't have time. I've already written a post about listening to audio books: http://penelopemarzec.blogspot.com/2011/05/no-time-for-books.html

However, Daughter #1 pointed me toward an excellent link about how to make time to read a book when you're busy. You can find it here:

I've written a book and started writing another this year. In addition, I've read twenty-two books. I don't consider that a lot, and I probably would have read more if I didn't have the responsibility of caring for elderly parents.

Often, I read while I'm pedaling on my recumbent bike. I don't watch television, except for the news. I find books are far more interesting than television shows.

So pick up a book, download a book, or listen to an audio book. Give books to your loved ones this holiday season.

You do have time to read. 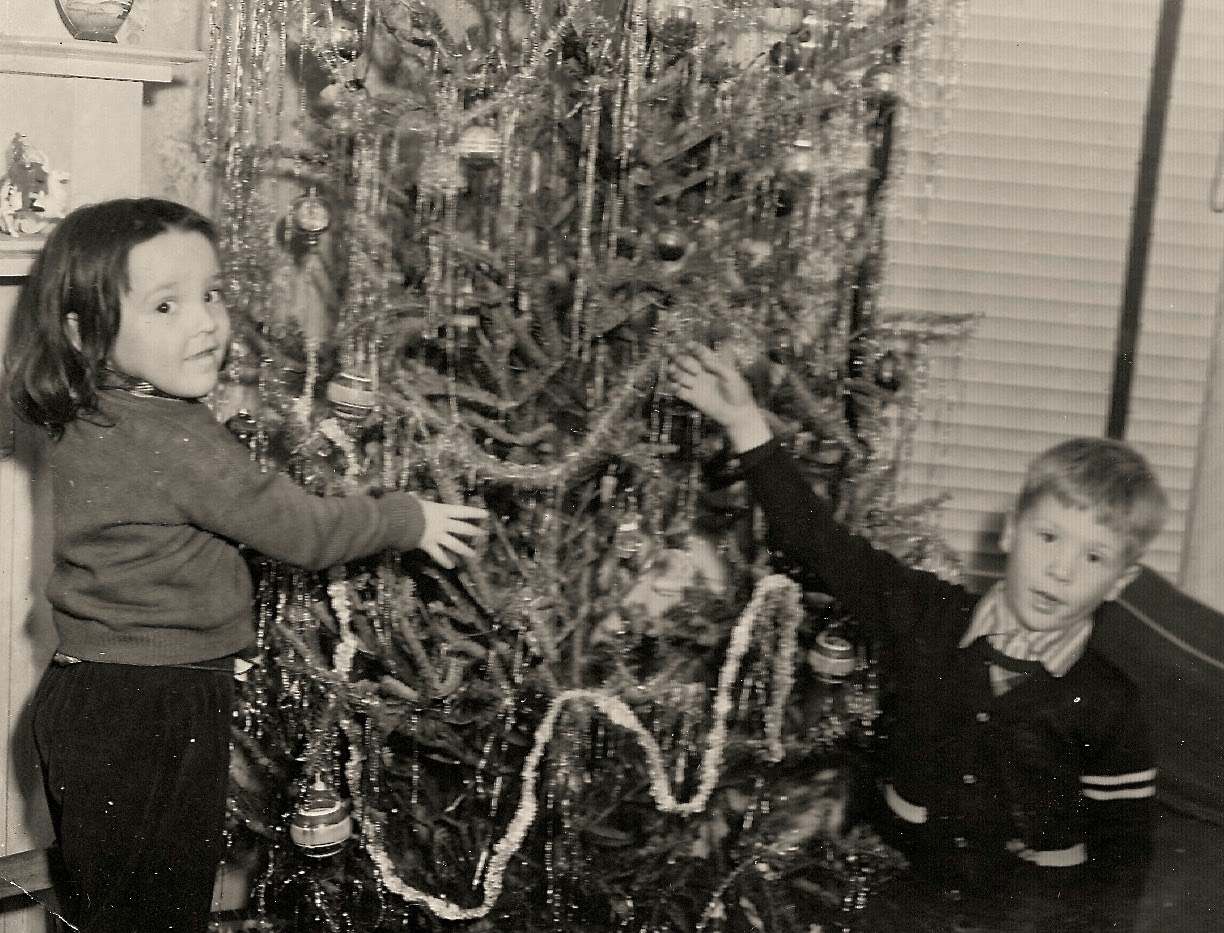 That's me and my brother, circa 1954 (I think). We're showing off our Christmas tree. It's real. It's very eclectic--just the sort of tree I like with a little of this and a little of that. I remember my mother was very particular about the icicles. We were to drape them, one at a time, on the tree. They were undoubtedly lead icicles at that point in time.

What do you put on your Christmas tree? Do you have garlands, or icicles, or old-fashioned ornaments? 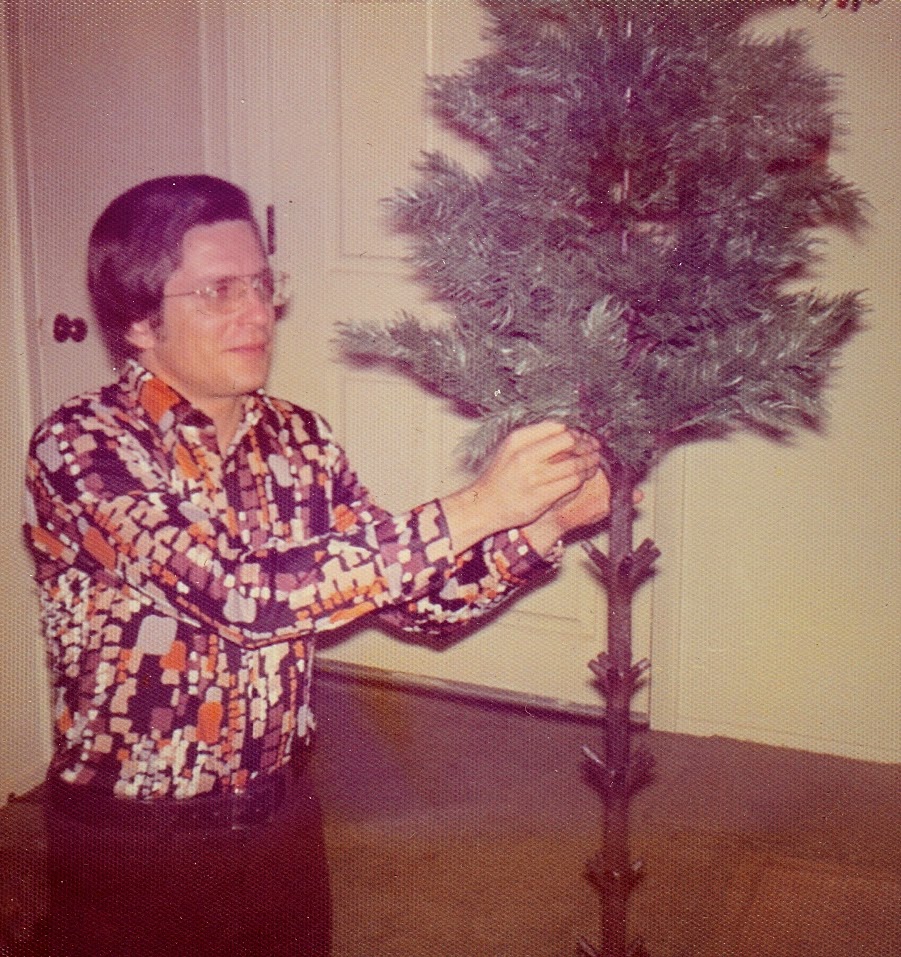 Pictured is hubby putting together our artificial tree the first Christmas after we were married. It was his tree, purchased before we even knew each other. It didn't bother me. What did bother me were the decorations he placed on the plastic boughs. He had blue and white satin balls with a blue and white garland.

I eventually replaced his decorations with a more eclectic selection. However, the plastic tree remained for a few years until we bought a better artificial tree. As the years went by, our second tree looked a bit worn and so we searched around for the latest style with the lights already attached.

I like artificial trees. They are economical. They don't shed pine needles.

Once again, I am pleased to host a guest post by Daughter #1. This time she offers some insights on how her dating wishlist changed over the years.

Once upon a time, I believed Santa Claus would bring me anything for Christmas, as long as I was a good girl. Most of the time, I was. I expected to be gifted with my heart’s desire and every year Santa worked his magic and I received at least one very special item.

Maybe that wasn’t such a good thing because when I was in my 20s, I continued to expect extraordinary miracles—especially when it came to finding just the right man for me to date or to marry.

I developed a very, very long wishlist of characteristics I expected in a man. Reading it would have given Santa a migraine. Some of these qualities (a.k.a. the Short List) were the following:


While dating a variety of men, I soon learned very few of them fit my exacting criteria.

So I focused my attention to three items on my list: musical talent, highly educated, better job and money than me.  Still, I preferred the man have an education in a science field, so we’d have something to talk about.

As time wore on, reality set in. Tall men were snapped up early in life.  The handsome ones were more interested in themselves than in me.  Musical talent is rare. M.S. and Ph.D.’s have become increasingly rare among men.

Then the recession hit, and nobody had a job anyway.

I struggled forward and tried online dating sites, eliminating men based on my admittedly shallow criteria.  When I was 28, I decided 38 was too old, but 35 could be okay.  Anyone 5’5” was too short and if they were bald, there was no way I would be interested.  Forget fanatical sports fans, too.  When it came to job information I crossed men off if they were self-employed, made less than $25,000 a year, or had an Associate’s degree.

By 32, I gave up online dating altogether, but meeting men in real life wasn’t much better than dating online.  I went through a series of losers: the pickup artist, the poet who quit his lucrative day job to write a novel, the man who wore a wetsuit to a pool party, and the neuroscientist who never wanted to leave his house.

At 34, I decided to try online dating again.  I was smarting from a series of nasty texts from one of the losers, and decided I could do better.  I decided to try a much smaller dating site, howaboutwe.com. My reasoning was simple because the people at howaboutwe.com actually wanted to get out and go on dates.

For my first date, I met up with an Israeli postdoc in particle physics. While he was definitely intelligent, he went back to Israel. I was doubtful about enduring a long-term, long distance relationship.  Besides, there was the question of religion.  I am not the world’s greatest Catholic, but it was hard for me to see how I’d handle the hurdles of a relationship with a devout Jew.

My second date at howaboutwe.com was Joe—and suddenly all my rigid requirements evaporated.

Here’s Joe’s basic criteria:
Still, he came with a lot that I had never considered to be important.  He’s kind and considerate.  He loves his family, even when they drive him up a tree.  Most of all, he loves me.  I can still feel my heart race in anticipation of seeing him—and then I never want to let him go.  He’s probably not anything that I thought I wanted, but instead may be everything that I really wanted.

So, did I lower my standards?

Do men have lists too?