A Mystery for Christmas

My guest today is Anita Klumpers. Her latest book is part of Pelican Book Group's Christmas Extravaganza. You won't want to miss this holiday mystery. It will be on sale on Saturday, December 1, 2018. 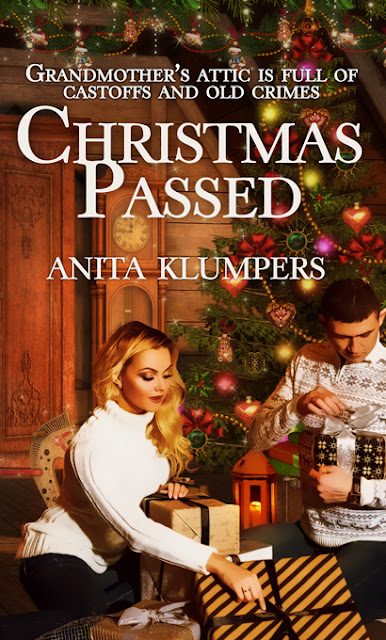 Dinah loves Christmas. She loves history, the old Wagner House, and the elderly women working to preserve its heritage. She loves almost everything except Mick Wagner, her childhood nemesis.
But if they want to save the Wagner House and solve a mystery that's been hiding in the attic for almost eighty years, they'll have to join forces. And they have to do it quickly, before one of them dies trying. 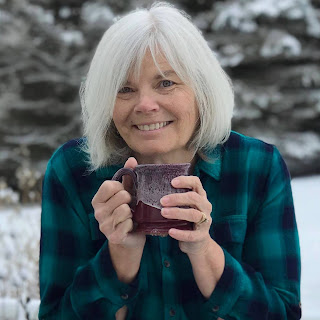 Anita Klumpers is Midwest born and bred, except for a brief and exhilarating few years in Denver when she was small. She received a teaching degree sometime in the previous millennium and used it mostly to homeschool her three sons. These days Anita chases her grandchildren around, waving books at them and suggesting everyone cuddle up for a good story.
Good stories are her passion, especially if they are well-written, have a dose of humor, just a tickle of romance, and a decidedly non-gory mystery. On the other hand, she lists “Frankenstein” and “Fahrenheit 451” as two of her favorite books. Go figure.
Creating skits was Anita’s first foray into writing. Always up for a challenge and a reason to postpone defrosting the freezer, she tried her hand at a full-length novel. It only took five years, but she did it!
Daily (honestly) she marvels at how much she loves coffee and her husband; her family, friends and church. Even more, she is astonished at how much she is loved by her Lord and Savior.
Her blog is “The Tuesday Prude” (https://thetuesdayprude.com/https://thetuesdayprude.com/) and she’s had two books published by Pelican/Prism Books (“Winter Watch” and “Hounded.”)
“Christmas Passed” is due December 2018 and “Buttonholed” is contracted with Pelican/Prism Books. 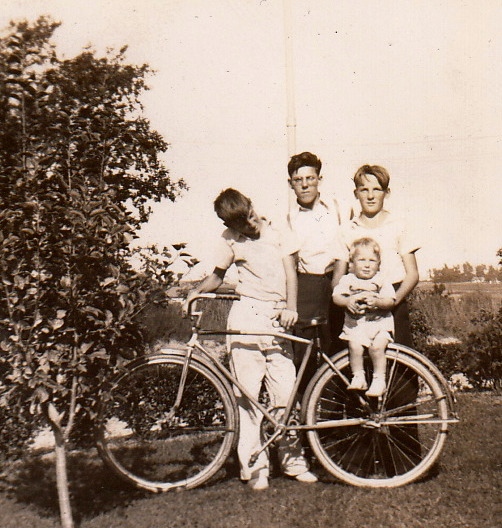 It is sad that our country has become so divided. With Thanksgiving just around the corner, I thought I'd pass around an article I found that might help some families deal with their differences. A political discussion can be calm if both parties abide by the rules of civility. Please read https://www.moneycrashers.com/civil-political-discussions-debates-friends-family/ for more information.
Posted by Penelope Marzec at 11/15/2018 11:23:00 AM No comments: 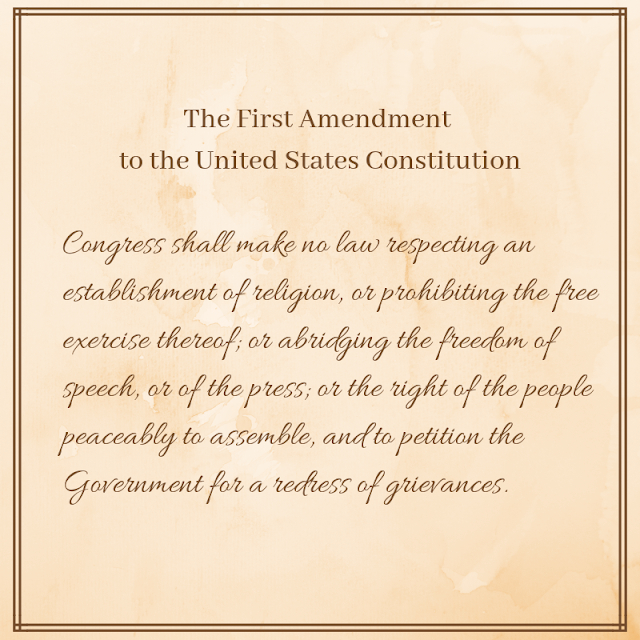 We live in a free country. The First Amendment of the United States Constitution guarantees Americans freedoms that many other countries do not have. Here, people can worship as they choose. They can speak freely. The government does not run the news sources. Americans are allowed to protest unjust laws.

We are very, very fortunate. However, it is important never to allow our freedoms to be cast off or to take them for granted. I learned early about the freedom of the press, because my father was a journalist. Dad spent his entire career in journalism except for a stint in the Air Force during World War II. By the time I learned to read I was aware of the dangers of liable and slander. I heard stories first hand of the drama of stopping the presses. I was aware of deadlines and the importance of punctuation. I visited the newspaper offices where my father worked and learned a great deal about putting a newspaper together. I had respect for the work my father and his colleagues did every day in getting the news out into the world.

The world has changed considerably since my father retired. Newspapers have lost circulation and many have gone under. Yet, we get the news faster than ever before. The news is available from many sources now--from the internet, from television, from Twitter, from self-proclaimed "experts" on blogs.

Often, the news is slanted toward one view or another. It is difficult to know who to trust. A graph is available online indicating the bias of the various news media outlets HERE.

New windows are open to the truth.

Below are some photos taken of my father in action back in the heyday of his journalism career. You can see him wielding his soft-leaded pencil while juggling a paper pad during interviews. Years later, tiny tape recorders replaced the pencil and pad, outdating the axiom: the pen is mightier than the sword. 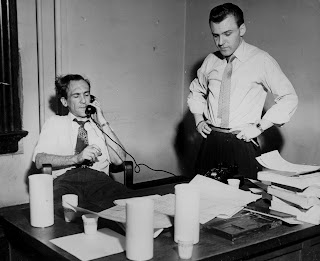 Ray and a colleague from a rival paper at work in a room with bars on the window. It probably was in a police station. 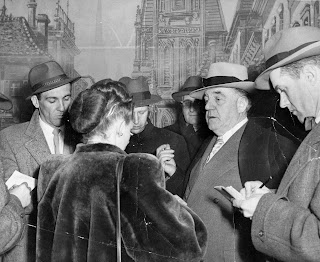 Newsmen and a woman scribe from several metropolitan papers, including Ray on the left, take notes as the center of attention responds to questions on a now long forgotten subject. 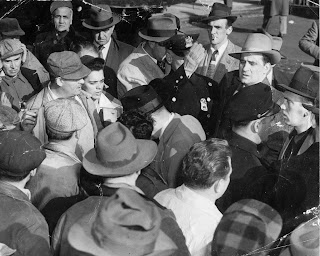 Chief of detectives and uniformed officers protect back of unidentified man in crowd of unlookers and reporters. With the cops there, the gathering probably had something to do with unrest on the Hoboken waterfront. 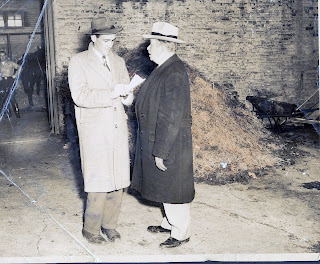 Ray outside a police stable while researching a feature on mounted policemen. 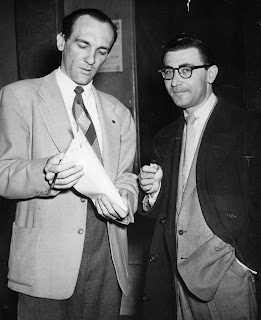 In the Fifties, no respectful white collar worker would show up for work without a tie, ironed shirt, and a jacket. Ray was no different, as shown here. 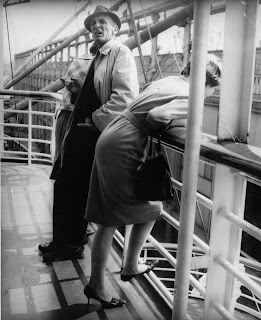 Ray waiting on the deck of an ocean liner to interview some celebrity or newsmaker. Since the Holland-America Line docked in Hoboken, part of his job was to board the ships from overseas and talk to passengers chosen by the news editor.
Posted by Penelope Marzec at 11/08/2018 10:57:00 AM 2 comments:

Labels: a journalist in the 1950s., newspapers, the First Amendment to the United States Constitution


The moon slips out of the clouds as easily as I get into the zone, or as some people call it, the flow state. I credit my mother with showing me how it's done by her example. As an artist, she was able to ignore distractions, focus on her work, and had confidence in her ability.

I paint and draw as well. I'm not afraid to put a pencil to the paper. I can study an image and work until I'm happy with my own depiction of a scene. If it's not to my liking, I can fix it. Or start over. But while I'm busy with my task, I am completely absorbed in it. It's a nice way to forget all the other clutter in my brain.

The same process occurs when I'm writing. I sit in my favorite chair, tune out the rest of the world, and type out the story in my head. I know it won't be perfect the first time around, but I have faith that eventually the plot will unfold and my characters will succeed in their happy ever after. Of course, it helps that I've done this a number of times. But way back in the summer of 1987 when I was determined to write the book that kept whirling around in my brain, I sat down at the dining room table with my old manual typewriter and zoned out until I had a stack of papers and a finished story.

Nowadays, typing is a lot quieter with the computer, but my process for writing is basically the same. Although, I sit in a comfy chair and not at the dining room table.

If I'm working on a more challenging crochet pattern, I find I slip into the zone, too. Keeping track of where I am and counting my stitches takes concentration!

I feel sorry for people who can't slip into the flow state, because it's a nice place to be. I know many folks get into the zone when they're involved in athletic pursuits such as running. Hubby gets into his zone with music. I found a blog with a whole list of possible activities that may contribute to this rewarding mental state. You can find that blog at https://www.dailyshoring.com/flow-activities/