In the summertime, I get a little extra time to read. Very often, I enjoy reading something quite different from my usual fare and since I seldom read sci-fi novels, I knew I had to broaden my horizons. I can count on one hand the sci-fi novels that I've read. My sister told me I had to read The Martian Chronicles and my children quoted The Hitchhiker's Guide to the Galaxy so much, I felt compelled to see what intrigued them. Of course, I loved the original Star Trek, but that was because I was young and infatuated with Captain Kirk at the time. Still, I have also read the delightful Star Sapphire by Han May (Joan Fong).

The novel concerns April who is nineteen and studying at the university when she begins to suffer from an odd illness. Her boyfriend, Robert, is always there to offer comfort, but April cannot understand the changes in her body--the incredible heightening of her senses, her strength and speed. Her lust for meat.

Then one day walking along the campus between classes, she is rendered unconscious. Waking in the forest, she sees a face exactly like her own. April’s twin sister tells her the truth. She is a hybrid. Her father was an alien shifter, her mother human. While April was given up at birth for adoption, Arquet, her sister, was raised with other hybrid clans in the forest. None of them trust humans.

The Rogue Militia is dedicated to wiping out the hybrids and April must fight for survival with the rest of her clan. Will she ever be able to go back to her life at the university and her sweet, loyal boyfriend, Robert?

Torn between her two natures, April longs for the serenity of her former life but she cannot stop the beast within her from emerging. She must learn to kill to save those she loves, but the enemy will not end the slaughtering of hybrids. The unarmed hybrids are pitted against warriors with modern weapons. It is April who must make the clans realize there are some humans who can be trusted—some who can help them in their battle for freedom.

Readers will love April. She is a worthy heroine caught in terrible circumstances who must stand up for the cause of justice. With one battle after another, the book is fast paced and full of action, but for me it was April’s tender love and devotion which made this book an enjoyable read.
Posted by Penelope Marzec at 6/28/2010 09:43:00 PM No comments: 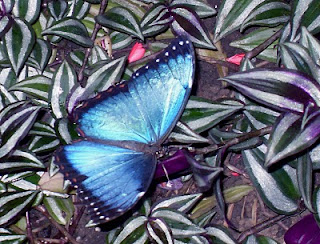 Months ago, I started giving away free short stories at my website, http://www.penelopemarzec.com. One of the stories,"A Shade of Difference," has a Blue Morpho butterfly in it. So when I announced that particular story was available for a download at my website, I found an image of that butterfly and uploaded it to this blog.

My sister noticed the image of the butterfly on my blog and told me of a place in Deerfield, Massachusetts, where there are plenty of live Blue Morpho butterflies flitting about in a greenhouse along with many other varieties of butterflies.

Magic Wings is indeed a magical place. There were plenty of Blue Morpho butterflies gliding around the greenhouse. The creatures are rather large, but some of them fly low so visitors do have to step carefully as they walk through the garden. One butterfly took a liking to my brother-in-law's green shirt and stayed there for a while.

Visitors have to check for butterflies hitchhiking a ride before they leave the greenhouse. This is a great place for young and old to see. You never know, it might give you an idea for a story. :^)
Posted by Penelope Marzec at 6/27/2010 01:37:00 PM No comments: 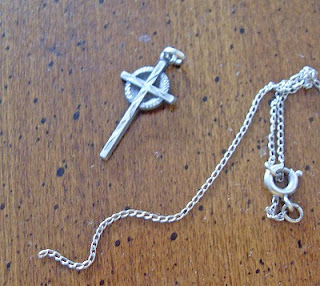 I almost lost this small cross at the gym. The chain broke while I was on the treadmill at the gym. I grabbed the chain but I could not find the cross--and it is a special one because my brother gave it to me for my eighteenth birthday.

Hubby searched with me but there was no sign of the little cross. I figured the only thing I could do was report the loss to the manager and hope someone would find it while cleaning. I was also hoping it wouldn't get stuck in some gear in the treadmill.

However, first I stopped in the ladies room and there I found the little cross nestled close to my heart inside my bra. :^) 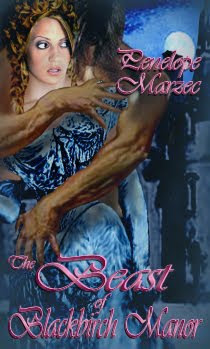 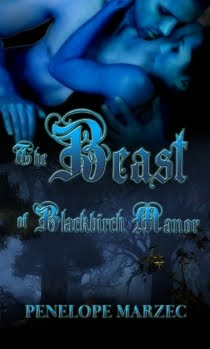 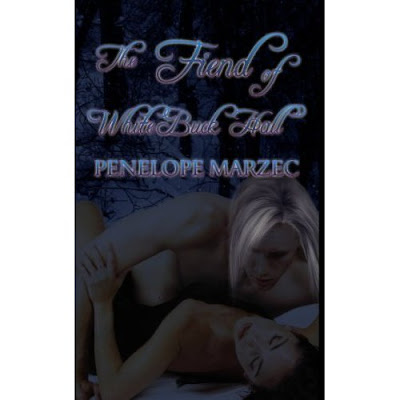 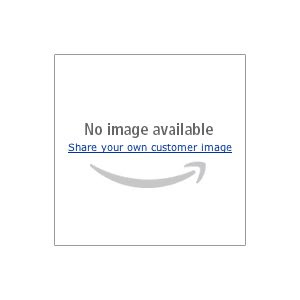 Anyone who comments from now until Friday, June 11, 2010, will be entered into a drawing. The winner will receive a set of notecards with the images of my bookcovers on the front of the notecards.
Posted by Penelope Marzec at 6/05/2010 10:15:00 AM 9 comments: