a shifting series of phantasms, illusions, or deceptive appearances, as in a dream or as created by the imagination.
a changing scene made up of many elements.
an optical illusion produced by a magic lantern or the like in which figures increase or diminish in size, pass into each other, dissolve, etc.

I thought of this wonderful old word when I snapped the photo above on Saturday. It rained hard most of that day, but just before evening it stopped. Though it wasn't dark yet, the clouds had not cleared away and mist swirled around everywhere, which gave everything a spooky, shifting appearance. If a giant fish leaped out of the lake while I was there, I probably would have screamed. If a large blue heron flew by, I'm sure I would have been shaken as well. The dream-like scene conjured up illusions in my mind. Anything could have risen from the water: a dinosaur, a mermaid, or a talking frog.

I haven't written a paranormal in a while, but viewing the lake with the fog drifting around on the water had me thinking about it. What kind of story does that lake summon up in your mind? 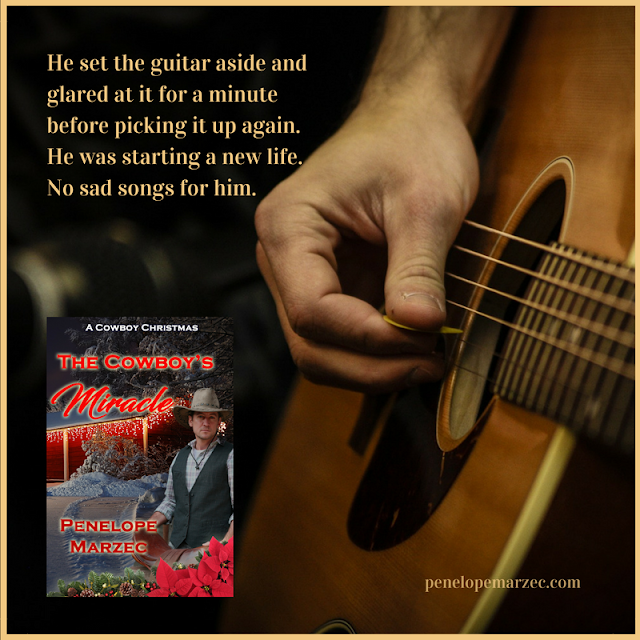 In The Cowboy's Miracle, Seth finds a battered, old guitar in the guesthouse and strums chords while singing classic western tunes. Mentioned in the book are songs like "Goodnight Ladies," "A Man Without a Woman," "Buffalo Gals,"and "Oh My Darling Clementine." Those songs are cultural gems--a link to our country's past history. Music chronicles historical eras in a very succinct manner. It is another way to bring past times into focus and make them easy to remember.

As a retired teacher, I have worried about the future of music education. Often, the arts are the first thing to go when cuts are made in education. I always included music as part of my curriculum when I taught--especially in a closed classroom situation. My own daughters took piano lessons for years, but in addition our home is packed with music of all types.

As a family, we sometimes sit around the fire and sing old songs. Once, my younger sister questioned this habit.

"You're singing the same songs you sang forty years ago," she said.

I informed her that the old songs are the best songs. They've stood the test of time, but there's more to it. Those songs are references to our national cultural heritage. We should not allow them to fade into dust.

Buy THE COWBOY'S MIRACLE! It is now available for free with Kindle Unlimited!

Unfortunately, reviews for the book were lost in the process of switching to Kindle Unlimited, but you can read some of them HERE!

Except from CLEAR AS ICE! 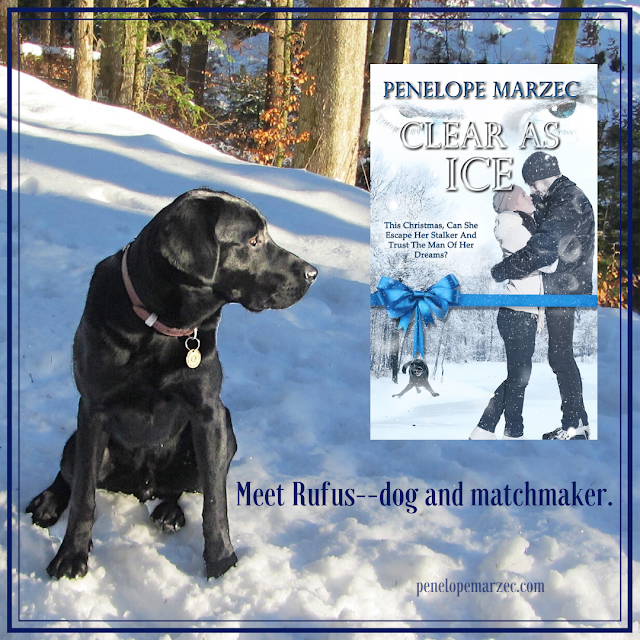 I neglected to post an excerpt from CLEAR AS ICE! I'll blame my error on the busy Christmas season. But Christmas is over and there's more time to get back to reading--especially when it's cold outside. So settle down with this excerpt. The novella is now available through Kindle Unlimited. If you subscribe to it, you can get the book for free.

Download CLEAR AS ICE!
At Amazon
At Barnes & Noble
At Apple Books
At Kobo
At Google 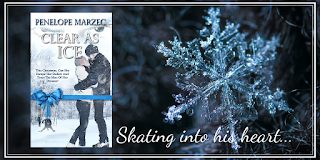 Bittersweet--Looking Back and Moving Forward 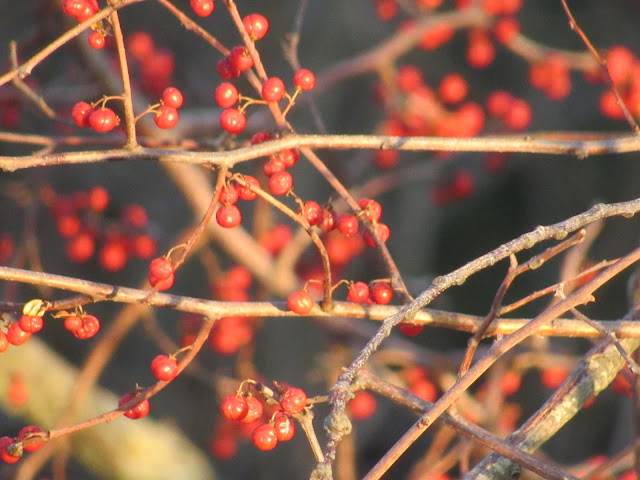 The photo above is a picture I took of a bittersweet vine. It's an invasive species introduced into this country in the 1800s as an ornamental. From there it took over, spreading by roots and seeds, suffocating plants and felling trees, which is rather impressive when you consider it is only another plant. It takes a lot of work to get rid of bittersweet vines. They are not easy to defeat.

But the bright berries are pretty, even though they are poisonous. So while the vine is delightful to look at, it can be deadly, which is why bittersweet is a very apt name for it. There's pleasure, but there's also regret.

Life is like that. There's the wonderful times and the sad times. With another year gone and a new one just begun, I get anxious. Scary things have happened in the past, and there's no doubt in my mind that some events in the future will be just as bad if not worse. Life comes with no guarantees.

And sometimes, there will be boring days. I've come to appreciate those mundane times where drama is noticeably lacking--except in the pages of a book. I enjoy trudging along in the familiar routine and accomplishing some of the tasks I've set for myself. It's those humdrum times when I seem to achieve far more than I thought I could--when I race along like those bittersweet vines, climbing toward the sun without anything to stop me.

So here's to 2020. I'll move forward and pray for plenty of uneventful days.