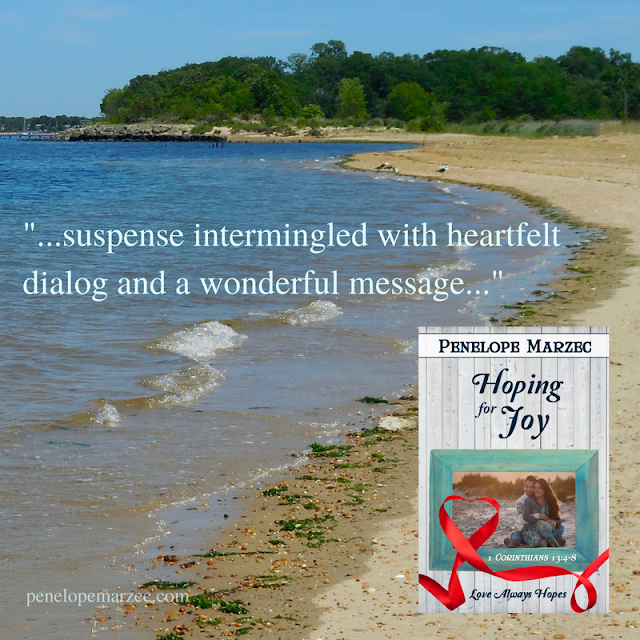 Don't miss out on this special deal! For one day only, HOPING FOR JOY will be available for only $0.99. Mark your calendars for March 31, 2017, and make sure you download a copy at http://a.co/hPApWvC

What I Did to Stop My Eye Twitch

The other day, my left eye started to twitch. This has happened to me many times in the course of my life. It's caused by stress and since it's been a stressful year, this problem isn't surprising. But it drives me crazy.

I put warm compresses on my eye. That only helped temporarily. I put warm and then cold compresses on it. Again, relief was short lived. I put eye drops in the eye and found somewhat longer relief, but the twitching returned.

I massaged my eye. That didn't do much good at all, but then I'm not much of a masseuse.

Finally, I decided to take a vacation--sort of. I opened up a book I wrote during another stressful time of my life, THE FIEND OF WHITE BUCK HALL. It is full of action, suspense, magic, paranormal feats, and sex. (For those of you who are horrified at that last activity, the two individuals engaging in sex are married. Within the bonds of marriage, sex is a good thing. Trust me on that.)

I unloaded the dishwasher, put in a small load of laundry, cooked a simple supper, rode my recumbent bike for thirty-one minutes, but for the most part I devoured the book in one fell swoop.

I highly recommend this book if you are undergoing stress in  your life and if your eye starts twitching.

The book wound up with an unfortunate cover, but I made a clever little book video which offers a more engaging look into the story. Enjoy.

Everyone Rides the Subway

Daughter #2 grew up in suburbia. One of her teachers in the local high school labeled  the institution as "white, country club, marshmallow high." Daughter #2 didn't realize how homogenous her hometown was until she moved to New York City.

There she suddenly found that all her own insecurities didn't matter because the inhabitants are so wildly different from each other. People from all over the world live and work in the city. Everyone wears different styles of clothing and one cares or made disparaging remarks.

Living there over the years, Daughter #2 noticed how character and uniqueness is valued. There seemed to be more of a team spirit.

During a visit home, she expounded on the reasons she believes the majority of the people in New York City are liberal Democrats who tend to be progressive. She believes it's because everyone rides the subway. Everyone. All races, all socio-economic groups, all religions, and all ages travel underneath the city in the subway. There are bums, school children, and weathly women. It becomes very clear in that situation that the Lord fashioned people with an amazing amount of variety--and that all of them need to get along with each other.

She claims that when you're stuck in a train car under the East River, it suddenly becomes quite evident about who is going to ruin your day. It could be an angry preacher who yells at everyone. There might be unfortunate people who are poor and sick and have no where else to go--and stink up the whole train.

If a musician hops aboard, there could be entertainment to enjoy.

Yet, the travelers do watch out for one another. On one of her rides, she saw two young girls, about eight years of age, pushing an infant in a baby stroller. They did not have an adult with them. The infant was several months old. At once, all the other folks in that train car became vigilant. It was clear the young girls knew how to handle the stroller. They put the brakes on once they were inside the car and acted in a responsible manner. Still, the other passengers watched them anxiously. When they came to the next station, the girls released the brake and headed for the door. One of the men put his foot against the door to be sure it wouldn't close on them. It was a poignant scene. No one had talked to the young girls. No one had disturbed them. Yet, all eyes were focused on them. Everyone cared. Proving the majority of folks are good.

Maybe what the rest of this country needs is a ride on a New York City subway car with it's every changing, endless array of the people God fashioned out of clay. We can learn to get along with each other. We are all the same inside.

Labels: learn to get along with each other, NYC subway, we are all the same inside, why New Yorkers are most often liberal Democrats 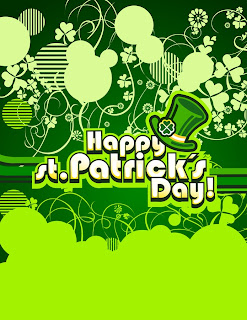 The Irish have some very beautiful blessings. Yes, there are silly sayings and plenty of jokes for they are a witty bunch. However, of all the Irish blessings my favorite is the one the best man used as the toast at my brother's wedding.

May the road rise to meet you,
May the wind be always at your back,
May the sun shine warm upon your face,
The rains fall soft upon your fields and,
Until we meet again,
May God hold you in the palm of His hand. 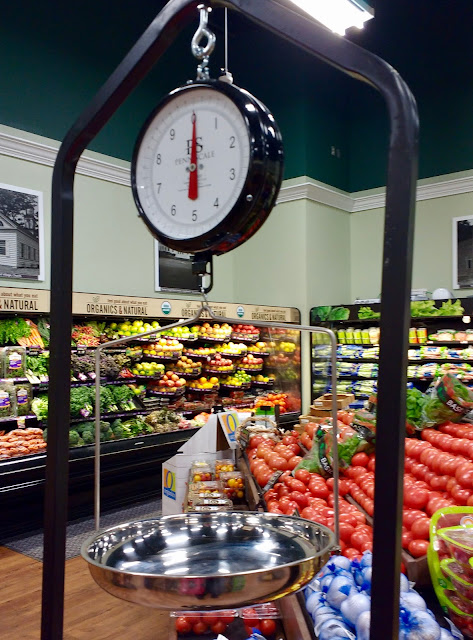 I spent the month of February pushing myself to write more words for the NJ Romance Writers 30,000 word challenge. I didn't get to 30,000. I wrote 24,433. I also had to help move my mother-in-law into an assisted living facility and get my daily radiation treatments. On top of all that, I got diverticulitis, which was extremely painful. However, I lost a few pounds--so there's always a bright spot.

Since I had signed up for the challenge, I reported how many words I wrote each day. This forced me into being accountable. No matter how tough things got, I had to write something. Most days, I did. I even brought my iPad to the ER and wrote while I was waiting for a CT scan. How's that for dedication?

While I didn't reach the top goal, I did add far more words to my manuscript than I had thought possible. Keeping track of the words really helps because sometimes it's difficult to measure success. Especially in writing. I can't see if I'm making much progress when I'm working on a book but counting the words or the pages everyday reminds me that I'm closer to my goal than I was yesterday. The act of writing a book is almost invisible--until it's bound up with a cover, a back blurb, and a price tag. Then it becomes real.

It is often difficult to measure success in other areas of life as well. When I recently saw a produce scale in our grocery store, it reminded me of the days when I was breastfeeding my daughter. The milk was practically invisible. It went directly from me to the baby. I could not tell how much nutrition she was getting. Of course, she did have wet and messy diapers, but I needed something more positive to prove all was well.

So once a week, when hubby and I went to the grocery store, we put the baby on the scale in the produce department. Fortunately, every week we noticed a significant weight gain. We were weighing success and it made us feel good to know there was progress because we could see it.

Weigh your success by keeping track. You are making progress.