I never know how my books are selling at my publishers' websites until I get a royalty statement from them. However, I can check my books' sales ranks at Barnes and Nobles as well as Fictionwise and I frequently do--though on Fictionwise it isn't easy because I must scroll through the lists. It is far easier to keep track of my sales on Amazon since there are several sites that will track my sales for me.

By far, my favorite tracking site is http://www.novelrank.com because that site will also track Kindle sales. It lists how many books were sold and when.

I also like Metric Junkie--mostly for their colorful graphs, though Kindle sales are not included. And for me, Kindle sales have been rather nice. :^)

For a simple listing of sales ranks, which is only for paper editions, I go to http://www.salesrankexpress.com/. This site will also list Amazon sales in other countries, too.

These tracking sites are helpful tools! Using them helps me to know if my promotional efforts have been effective.
Posted by Penelope Marzec at 4/30/2010 05:17:00 PM 5 comments: 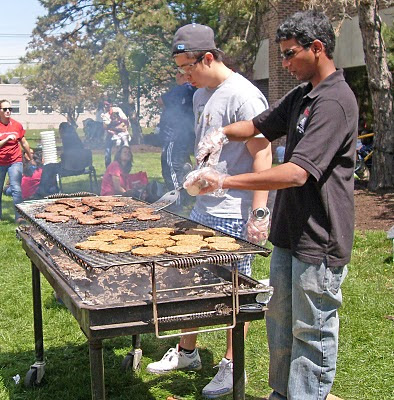 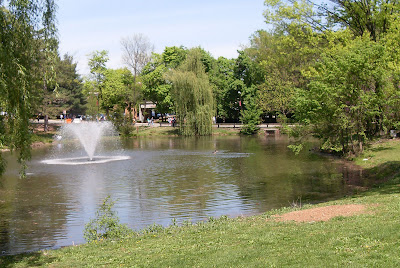 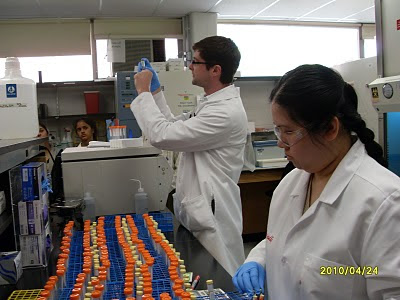 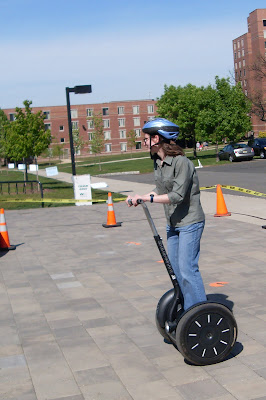 We all had a great time. Although I was a bit disappointed that we did not see the Scarlet Knight. He was supposed to be on campus somewhere. :^(
Posted by Penelope Marzec at 4/24/2010 05:36:00 PM No comments:

My father has rarely talked of his experiences as a sergeant in the Air Force during during World War II. He was stationed in New Guinea and the Philippines. When I was young he told us of a few humorous incidents, but nothing that ever even hinted at the horrors of war. For instance, once he was assigned to fly on a plane to Australia to pick up musicians and supplies. On the return trip, one of the plane's engines died and to make it back safely those inside had to lighten the load--part of which was gin. Did the men on board get toss the gin into the ocean? Of course not. They tossed out the musicians' instruments.

This story always made everyone laugh, and Dad has always been rather witty. However, since Mom died, he's become much more philosophical. And he still gets emotionally choked up--over just about everything.

Last Sunday, as we chatted after dinner, he related some war stories he had never told us. In one of them, he told how Japanese paratroopers floated down from the sky at dusk one evening on the island where he was stationed. My father set his men along a perimeter but as night wore on, he could not see the men and he did not know if the perimeter would hold.

He told us he was never so glad to see the dawn and to discover that indeed his men were still there. Dad got choked up as he told us the story.

Dad told us how he slept under a canvas roof for three years. How his job was to get men to work on an landing strip made of metal plates. How the enemy would come in with "daisy cutters" and shoot at the men. How the enemy planes would drop bombs on the landing strip.

Last year, I posted a photo I found online of my father. You can find the post here.

Dad wears a cap with the emblem of the Fifth Bomber Command sewed onto it. Most people have no idea what the emblem stands for. However, only a few weeks ago--at the dermatologist's office--we met another elderly man who had served in the Fifth, though in Korea. My father got choked up again, simply amazed after all these years he had found someone else who belonged to the Fifth--who knew what the emblem stood for.

I am glad my father made it back to New Jersey.

Last week Daughter #3 was in a hospital two hours away from home. We had a gloomy Easter because she was feeling really terrible! We brought her back home on Wednesday and she's now on the mend. Hopefully this was just what she needed so she can be better than ever. Today she was out in the sunshine soaking up some Vitamin D. So all is well.

However, the four hours of driving did get a bit wearing so I guzzled down a few cups of coffee to keep alert. I am so glad I can read and write in a moving vehicle. I have never gotten carsick, bus sick, train sick, or seasick. So while hubby was driving, I was typing on my Alphasmart, or reading, or editing. Hubby had an accordion CD playing, but it didn't bother me. I can tune out his music. I can get a lot done on a long car ride--especially when I'm tanked up on coffee.

Of course, whenever I drive he has to listen to my music. :^)

Today I gave a talk at RWA NYC about marketing e-books. I wrote and revised a lot of that talk while we were going back and forth to see Daughter #3 in the hospital. Writing that talk was a good diversion.

That's the way I usually operate. I firmly believe in distraction. Everyone has troubles, but rather than dwell on them I keep busy. It works for me. It's kept me sane--or at least as sane as a writer can be because I have all these imaginary people in my head who want me to tell their story.

And right now, Grace and Russell are getting impatient. I've got to finish their story. They're about to go to Minnesota for a wedding.