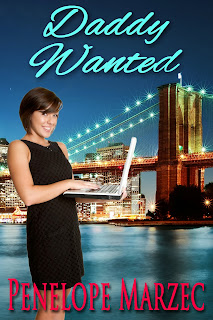 Tomorrow at Ereader News Today, DADDY WANTED will be on sale for $.99! It's an amazing bargain. This cute, sweet romance has received some wonderful reviews.

There's a long review at Romance Junkies, a Five-Star Review at PRG, and there's at least ten reviews at Amazon. Hey, it's worth your time and it's certainly worth $.99. (It's $.99 at Amazon, too.)

If you own an ereader, you should definitely go to Ereader News Today's Facebook page and LIKE it.  There are incredible bargains everyday--and some free books, too. Discover new authors!

Just remember, this is a limited time offer. So don't wait!

A Story My Mother Told Me

Tomorrow would have been my mother's 92nd birthday. She was the best mom ever--and everyone in the family still misses her. She was quite a storyteller--just like the rest of her siblings. They didn't make up stories so much as they embellished them.

There were some stories about her young life my mother repeated over and over--many of them because they contained object lessons for me and my sisters. Eventually, my sisters and I called them "The Little Irene Stories." At one point, I made up a website and posted some of those tales, but I later took it down at Mom's request--though I printed out all the stories. :-)

So, in honor of my beautiful mother, I will share one of those stories, told just as Mom told it to me.

In high school, I followed my sister, who probably was the smartest kid in school which meant that I was supposed to be a genius, too.

However, my brain was better at other things. Still, people expected too much from me. I was shocked when a teacher suggested that I run for class president.

I liked high school, particularly getting to act in plays. That was fun! But I was upset when they wouldn't let me play on the basketball team. Being chosen as the artist for the newspaper and as a teacher's aide helped ease the hurt, as did playing the violin in the orchestra.

The school was in a neighboring town and I had to walk three or four miles each way in all kinds of weather. My father didn't have a horse or buggy then or even a tractor.

The day after I graduated, I went to the coal mine company's general store in town, seeking a job. For the interview, I wore a little light blue plaid dress. Since I couldn't find a belt, I had to make-do with a piece of store string. I wore shoes without stockings.

The manager, who knew me and the rest of my family, hired me on the spot. I worked very hard in the store and was constantly busy. I knew everyone in town and their comings and goings.

My mother always wanted to know the latest gossip. In a little town, everyone knew instantly if someone stepped out of line. No secrets there.

Men swooned over me, probably because of my red hair, but there were bigger fish in the pond. I had places to go and things to see and do.

When I thought I had enough money, I  enrolled in art school in Pittsburgh. My sister Grace had gotten a job as a copy writer in the city, so we rented a room with kitchen privileges. We soon discovered that carfare and food plus rent was too much to handle on just one salary.

I found a job as an usher in a movie theater, even though I was underage. All went well until the day the manager told me I had lost a customer's umbrella in the hat check and had to pay for it. He said it cost $5, a huge amount at that time. I denied losing the umbrella and refused to pay for it.

He started to chase me around the room like a crazy man. His face seemed like it was on fire. I managed to get to the door and ran out of the theater.

My next job was babysitting two little boys in exchange for room and board. Unfortunately, the lady of the house thought her husband liked me too much. Somehow he learned that it was my birthday and presented me with beautiful black lacy sexy lingerie, which I refused.

I was surprised, but his wife was much more surprised. When she came  home, she wanted to know why I had not bathed one of the sons. I told her the boy was coughing and didn't feel well so I kept him warm and put him to bed.

She kept complaining, so I finally told her, "I'm leaving in the morning."

I didn't have any money for carfare home, but as I was leaving, the well-to-do husband gave me FIFTY CENTS for carfare. When I got to the art school, the other students heard of my plight and managed to collect enogh change so I could take the train home.

After that experience, I decided to live at home, commuting the 20 or so miles to Pittsburgh by bus, train, and shoe leather.

Where Did That Idea Come From? 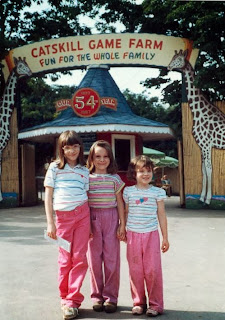 When hubby's parents first retired they left Brooklyn and moved to a home in Greenville, NY--upstate as New Yorkers say. Compared to Brooklyn, it was rather quiet. However, there were things to do. Next to them was a small resort complete with a small lake where we would go boating. Not far away, was the Catskill Game Farm where our daughters enjoyed feeding and petting the animals. (The Catskill Game Farm closed in 2006.)

Most interesting to me was the town of East Durham, an Irish enclave. In the evenings, hubby and I would drive to East Durham and enjoy the entertainment at the Shamrock House. During the daytime, we browsed through the small Irish shops where I found books on Irish legends.

The misty Catskill mountains made the perfect setting for my story and Wildon became THE PRINCE OF THE MIST.  I had a great time writing this story. It makes me long to go back to the Catskills! :-) 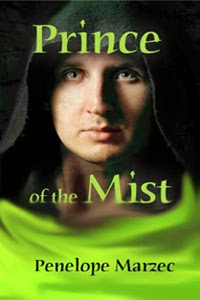 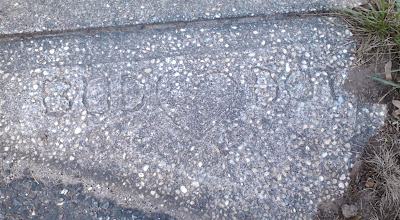 Our elderly friends are suffering. Failing health and faulty memories are draining all their joy, but drawn into the concrete sidewalk some fifty-five years ago, a symbol of their forever love remains.