I found an alphabetical list of phrases for people of assorted professions who never die. I am sure you've seen these on bumper stickers:

OLD BOWLERS never die, they just end up in the gutter.


Click on the http://www.heroandvillain.com/pdf/NeverDie.pdf to see the entire list. Some of these make me laugh. However, I did not see authors or writers on the list--although I did see journalists.

In searching, I found another list http://www.jimpoz.com/jokes/oldNeverDie.html which is delightful as well, but again there are no writers or authors.

So I propose a special category for romance authors.

What do you think? Can you suggest a better one for old romance authors. We are a special breed. :^) 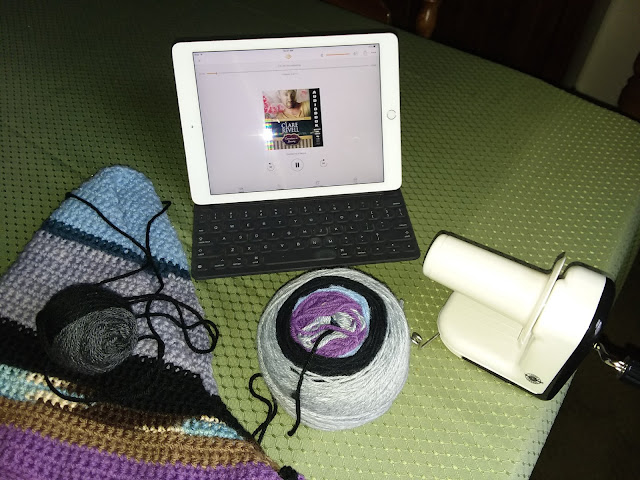 I’ve tried audio books very few times. Once on a long trip to Florida there was a non-fiction book both my husband and I agreed might be interesting to both of us. It did keep us entertained, but it wasn’t long enough for the entire trip. Subsequently, I borrowed a few audio books from the library and found listening to them gave me a better feel for the author’s style. Some authors tend to use more dialogue, while some are more inclined to go heavier on the narrative. Most of all, listening to a book rather than reading it, helped to get chores finished in a pleasant manner.

And yet I missed seeing the words. For me, sitting down and reading a book is a most delightful activity. It doesn’t matter if it’s an ebook or a paper book. I devour every single word with my eyes, lingering over clever phrases, and joyfully smiling when I see an old word word now rarely used.

Pelican Book Group who publishes my sweet and Christian romances under the Prism Book Group imprint, has published many books as audio books. I decided to try a trial subscription one night and listened to Clare Revell’s Carnations in January, an intriguing romance set in England. I got out my yarn winder, tied together my many scraps of yarn, and made several yarn cakes. I’m making another Magic Cake shawl with all those leftover pieces of yarn.

It took me a while to get used to the narrator’s voice with her British accent, but after a while I felt as if I was there—in England—as the author related the tale of the two protagonists. I had an enjoyable evening and accomplished far more than if I had simply sat down and read the book.

But I still missed seeing the words. I like to go back sometimes and reread the good parts. I like to savor the brilliant descriptions. Of course, I can listen to the audiobook again, but it's more difficult to find the parts I like best.

Now, Smashwords is offering authors an audiobook service. I'm thinking of signing up and having some of my older books in audio versions.


April is National Poetry Month. I have many favorite poems and William Wordsworth’s classic about daffodils is perfect for this time of year. When I was in Mrs. Welstead’s fifth grade class, she had us memorize that poem. While I can no longer can recite all of  “I Wandered Lonely as a Cloud,” I still remember parts of it and whenever I see daffodils in the spring I think of the poem and I think of Mrs. Welstead, too. She taught fifth grade in Cliffwood Elementary School. My brother had been in her class the year before me. She seemed tall and formidable to me and since I was a shy child I rarely said anything in her class. When she praised another pupil’s long, neat fingernails, I looked at my nails and cringed. I had bitten them down to the nub. I vowed not to bite them anymore.

Mrs. Welstead had us practice our cursive handwriting on a regular basis, which was a good thing because until I landed in her class my handwriting was horrible.  However, the best part of being in the classroom with Mrs. Welstead was the fact that she always took time to read to her pupils. In addition to William Wordsworth’s poem, she read many classic short stories. I enjoyed every minute of listening as she opened up new worlds of literature for me. While I had many other wonderful teachers, Mrs. Welstead will always retain a special place in my heart.

Maintain a Balance When Writing 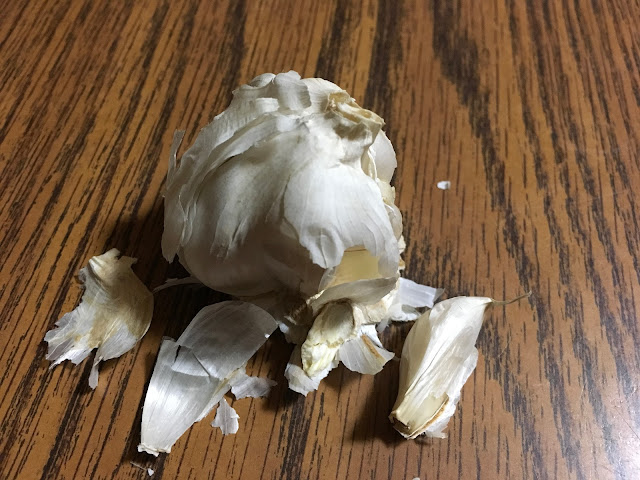 In writing my stories, I am aware I must restrain my impulses to throw everything into the mix. Writing a book is a lot like cooking up a new recipe. It helps to know the specific amounts required for each addition. Otherwise, the plot may become unbelievable. Though fiction is not real, it must appear authentic to the reader. Maintaining a balance of ingredients creates a satisfying tale.

The best analogy I have to illustrate this point is one of my early forays into cooking with garlic.

Despite owning only one cookbook, my mother excelled in baking. She whipped up pies, cakes, cream puffs. and cookies with ease. Her mouth-watering treats were a delight. However, her standard fare for supper tended to be simple, comfort food: spaghetti with meat sauce, meatloaf, cottage ham with potatoes and cabbage, baked chicken, and, occasionally, stuffed cabbage.

When I was a child, she never used garlic. I grew up knowing nothing about garlic. After I was married and had purchased several cookbooks, I began to experiment in the kitchen and at one point I decided to try a recipe for chicken which involved adding one clove of garlic. (This incident occurred eons before the Internet was invented.)

I didn't know the difference between a clove of garlic and a bulb of garlic. I hadn't read the entire cookbook, which might have enlightened me. I thought the entire bulb was what was supposed to be added. So I chopped up all that garlic and added it to my chicken. It was an great deal of work to chop up all those little sections. After all that effort, I decided adding garlic to any dish was far too much work

The chicken dish I made was very, very garlicky. I couldn't eat much of it. It was very disappointing after all the effort I put into it. Afterward, I skipped all the recipes with garlic for a while.

Sometime later while reading another cookbook, I realized my blunder. I was embarrassed, but also relieved to know that I didn't have to go through an excessive amount of effort to put together a very tasty dish. It only took a little garlic, a clove or two, to add a wonderful flavor to a meal.

I think of this when I am plotting my stories and struggling to balance the all the parts of the story. It takes a little of this and a little of that, sifted in carefully, to pull readers in and keep them turning the pages.

Labels: a bulb of garlic or a clove of garlic, believable plot, maintain a balance, not overwhelming
Newer Posts Older Posts Home
Subscribe to: Posts (Atom)