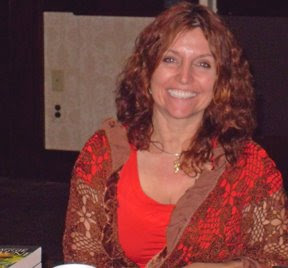 NJRW's conference was fantastic! I sat in on a PAN workshop with Maggie Shayne, pictured above. She's a great author and a classy lady. :^) I listened to Kathleen O'Reilly and Dee Davis talk about networking. I also caught Angela James workshop on E-Publishing.

There was a special presentation with J.R. Ward. Eloisa James gave Saturday's breakfast speech and Lisa Scottoline gave the keynote speech at lunch.

I helped out by being a time keeper during the editor and agent appointments. I also moderated a talk by Teagan Oliver called "Creating the Believable Anti-Hero."

I listened to Elizabeth Hoyt give pointers in her talk, "Sex Scene Viagra." :^)

I met the CEO and the marketing director of Crescent Moon Press, too! They're the ones who are going to reissue Irons in the Fire.

The book fair was mobbed, but as things wound down a bit I snapped a few photos of other authors.

If you're an author, you should go next year. 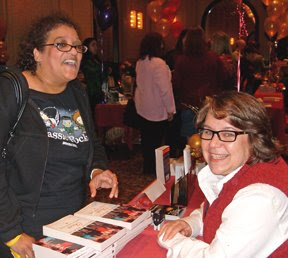 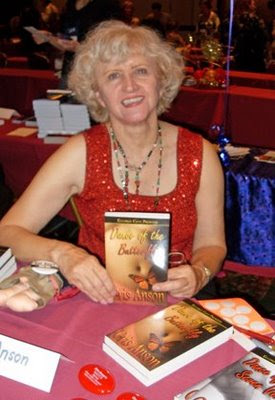 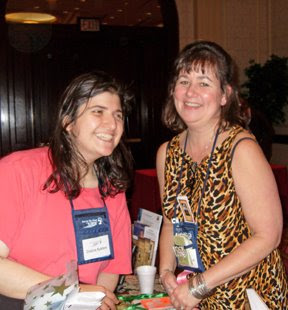 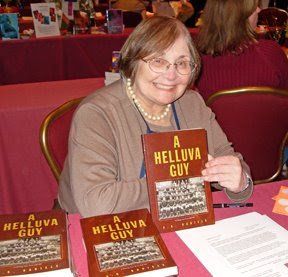 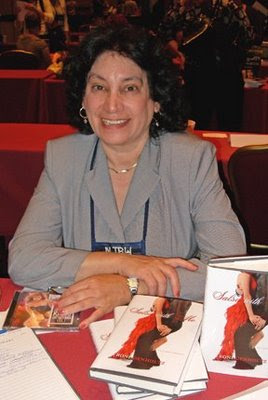 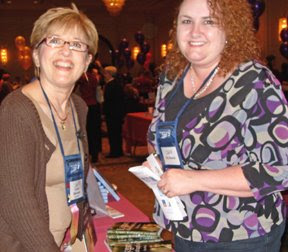 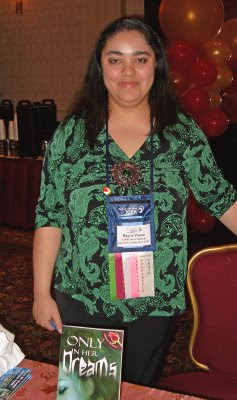 Over the Driscoll Bridge

The New Jersey Romance Writers conference began today in Woodbridge, which is not far from home. I zipped up the Parkway to get there and crossed over the Raritan River on the Driscoll Bridge. The bridge was named after Alfred E. Driscoll who was governor of New Jersey from 1947 to 1954. The Driscoll Bridge has expanded over the years. It now has 15 lanes, making it the world's widest bridge.

The view from the top is impressive--though I always like the southbound view better. Maybe because that means I'm going home. :^)

A few years ago, my father gave me the aging newspaper clipping that had the story he wrote that night. He described Governor Driscoll as a "tall, lanky man dressed in a light brown gabardine suit" and noted how the governor fingered a pair of rimless glasses as he talked to the newsmen.

My father could have been a romance writer. :^)

But he choose instead to be a romantic man who has always loved my mother devotedly--even now when she is so very frail.

I've learned about love from my parents. I'm sure that's why I became a romance writer. I believe in the magic of true love.

And sharing the weekend with a bunch of other like-minded romance writers is awesome--even if the conference is on the other side of a very wide bridge.
Posted by Penelope Marzec at 10/24/2008 07:41:00 PM 1 comment:

On Monday, October 13th, I will present a talk at the Muse Online Writers Conference. "Researching Paranormal for Your Story" is the title of my talk. You can find me in the forum for Crescent Moon Press.

Crescent Moon Press now has a cover on their front page for Irons In The Fire, which will be coming soon to their site! So stop by Crescent Moon Press and check out my new book cover. I love it!
Posted by Penelope Marzec at 10/09/2008 04:33:00 PM No comments: