The Book I Had to Write 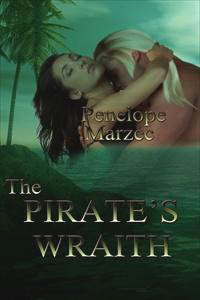 My pirate/time travel romance, The Pirate's Wraith, is now available HERE at New Concepts Publishing for a special introductory price. It received a 5 Star review at PRG Reviews, which you can read HERE.

While it is true that I've been compelled to write every one of my books for some reason or another, the foundation of this particular novel grew out of my childhood in the little town of Cliffwood Beach, New Jersey. For as long as anyone can remember, there was always talk and speculation about the location of Captain Kidd's treasure. It was reported to be somewhere in that area.

In the 1920s, developers took advantage of the legends and built a pirate ship to serve as a realty office, intending to draw people to the area and sell them plots of land. A salt-water pool, a casino, a boardwalk, and small cottages added further enticements. When a hurricane in 1950 destroyed the boardwalk, people began to convert their bungalows to year round homes.

My parents moved there in the mid-1950s. Our house was situated above Treasure Lake, which was separated from Raritan Bay by a narrow strip of land. As children, my siblings and I entertained the idea of finding Captain Kidd's treasure. Once, during the early spring, I dug into some soft dirt in the cliff. Unfortunately, I wound up with a bad case of poison ivy from that adventure.

However, I became thoroughly interested in pirates and their history. The die was cast--so to speak.