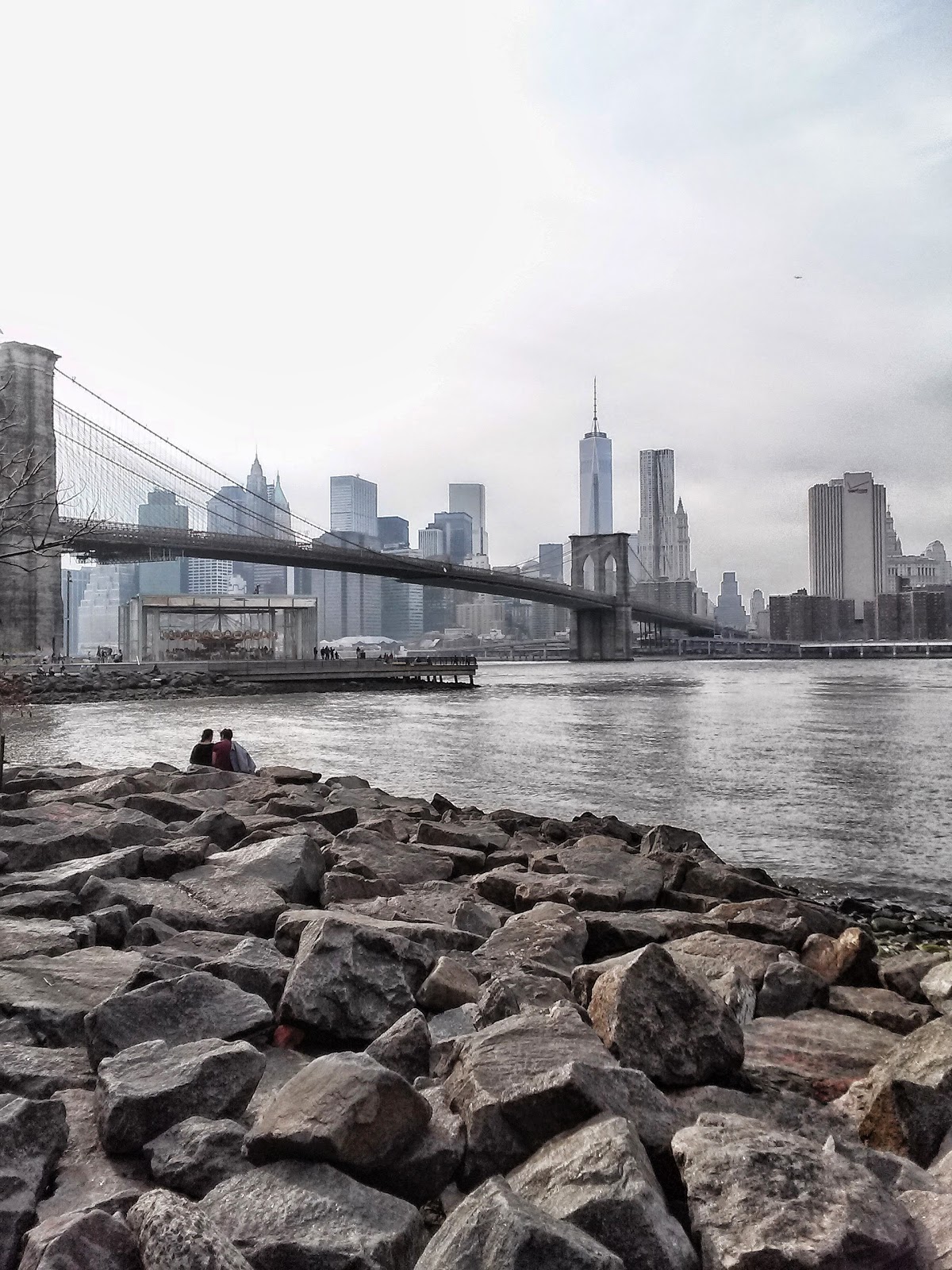 I was in DUMBO for Daughter #2's opening at the AIR Gallery, which was an excellent affair. Before the opening, hubby and I walked around the neighborhood. By chance, I caught two lovers on the rocks silhouetted in this photo. Now I've got another story swirling around in my head for them. That's the way it is for writers. We see stuff--and then we make up the rest of the story. People have all sorts of psychological explanations for this behavior. Many people simply think writers are crazy. Then there are those who want to jump on the bandwagon because they think they'll make a ton of money.

For those of you who think you're going to become wealthy writing, put down your pen and find a different occupation. Anyone interested in becoming an author should read the excellent article in Forbes about writing: (http://www.forbes.com/sites/cherylsnappconner/2013/12/18/fifty-shades-of-effort-the-writers-life-and-why-we-choose-it/)

The odds are against authors making much money. There are too many of us.

I am tucking this photo away in my idea file. Those two lovers need a happy-ever-after and I would be delighted to write it. It probably won't be a bestseller, but I don't care. It will be fun.

Why write? Why read? Same answer.

There's an old quote attributed to Mark Twain, "A person who won't read has no advantage over one who can't read."