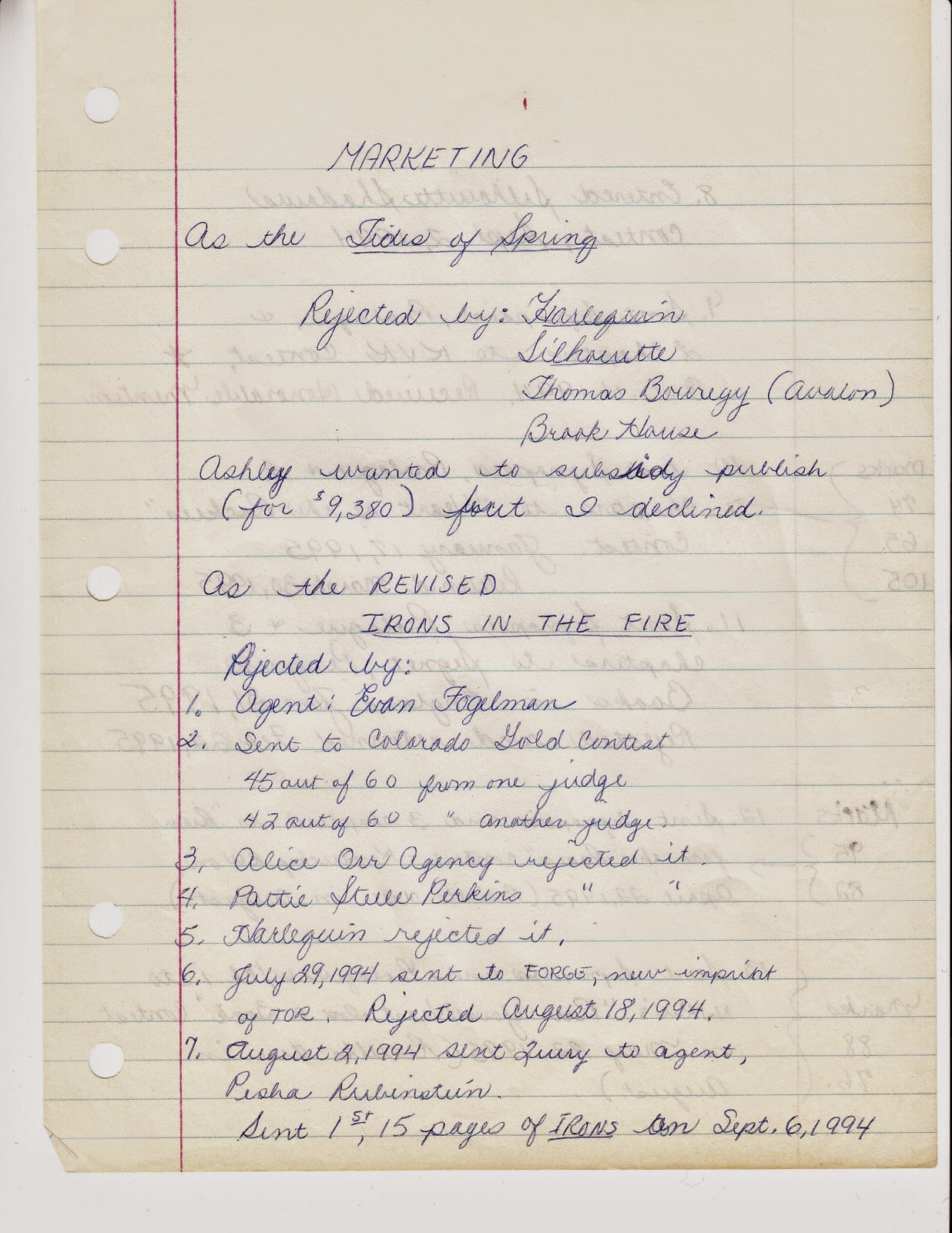 Publishing can be a painful and tedious business. When I first started out, I used to log in my rejections on notebook paper. These are the rejections I received for Irons in the Fire, which was originally named The Tides of Spring. It was the first book I finished and dared to send out into the world.

The rejections include contest results. I figured if I didn't win the contest, it was a rejection--of sorts. Eventually, I was taken on as a client by an agent. She obtained more rejections for me--but the ones she received on my behalf came faster than the ones I submitted on my own to various slush piles. 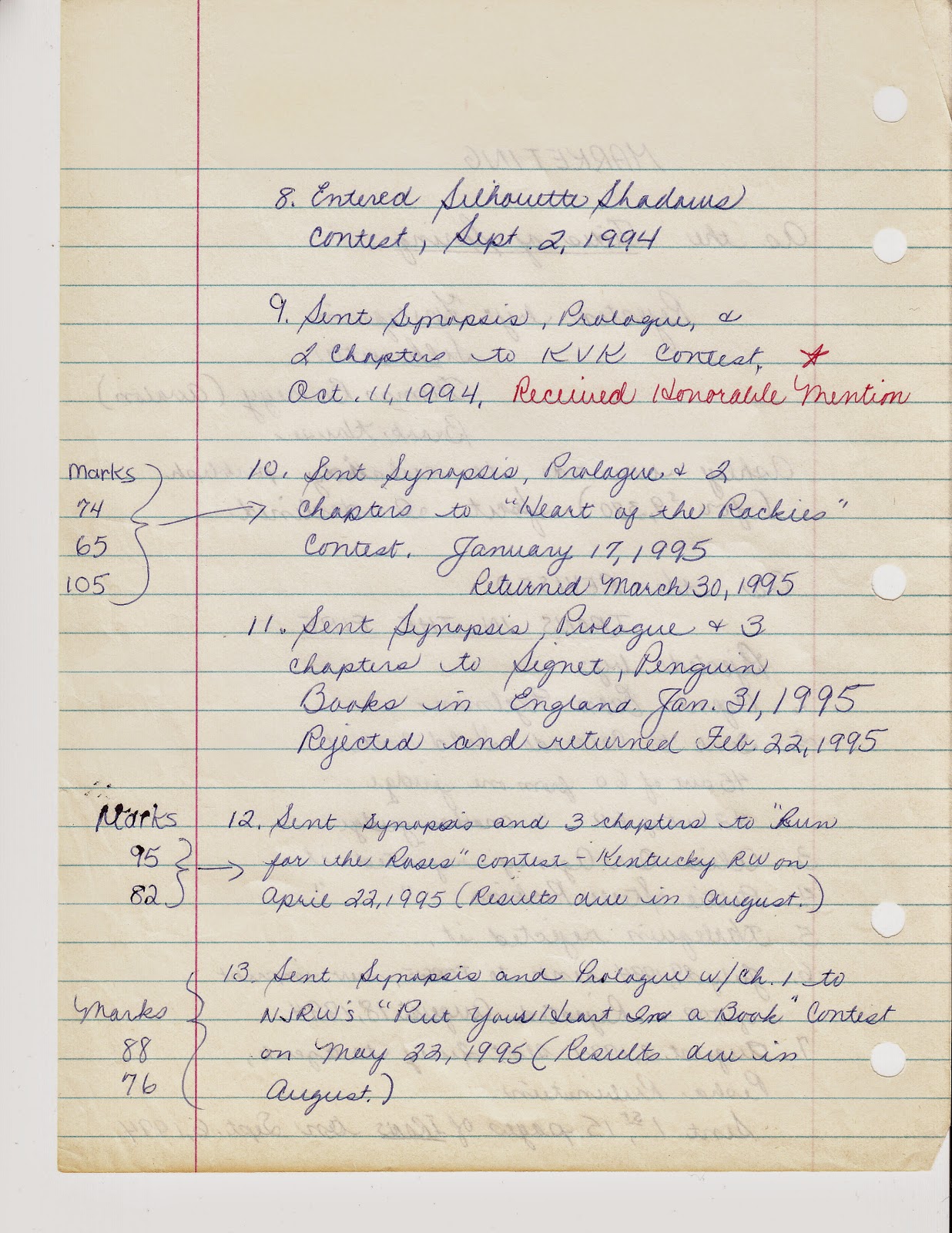 Getting my foot in the door at a publishing house seemed impossible. The only thing that kept me going was my own belief in the book and my unfailing stubbornness.

My agent died. I floundered around for another one but was unsuccessful in that attempt. 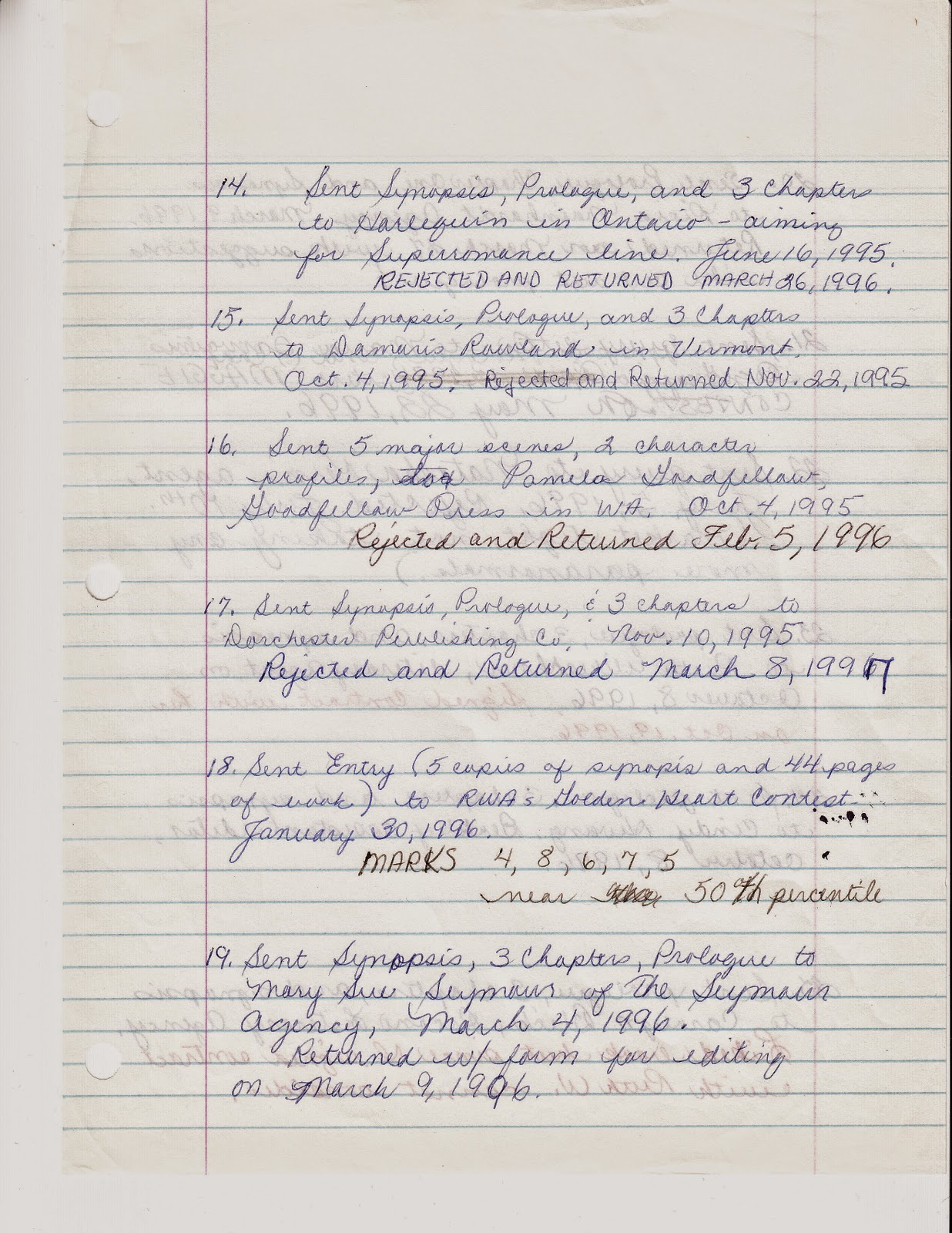 While I collected rejections on Irons in the Fire, I wrote other books. When ebook companies started up, I submitted Irons in the Fire to Hard Shell and when the book was rejected by them, I sent it to New Concepts Publishing.  They gave me a contract. The book was nominated as Best Small Press Paranormal in Romantic Times Reviewers' Choice Award--even though it was an ebook at a time when few people knew what an ebook was.

When New Concepts returned the rights for the book to me, Crescent Moon Press gave me a contract for it. So the book is still available in both print and digital editions, which is great.

But it wasn't easy and I will admit to revising the book over and over between rejections and contest losses. It took twelve years to get the book published.

Was it worth it? It depends on what you consider success. Did I make a lot of money? No. 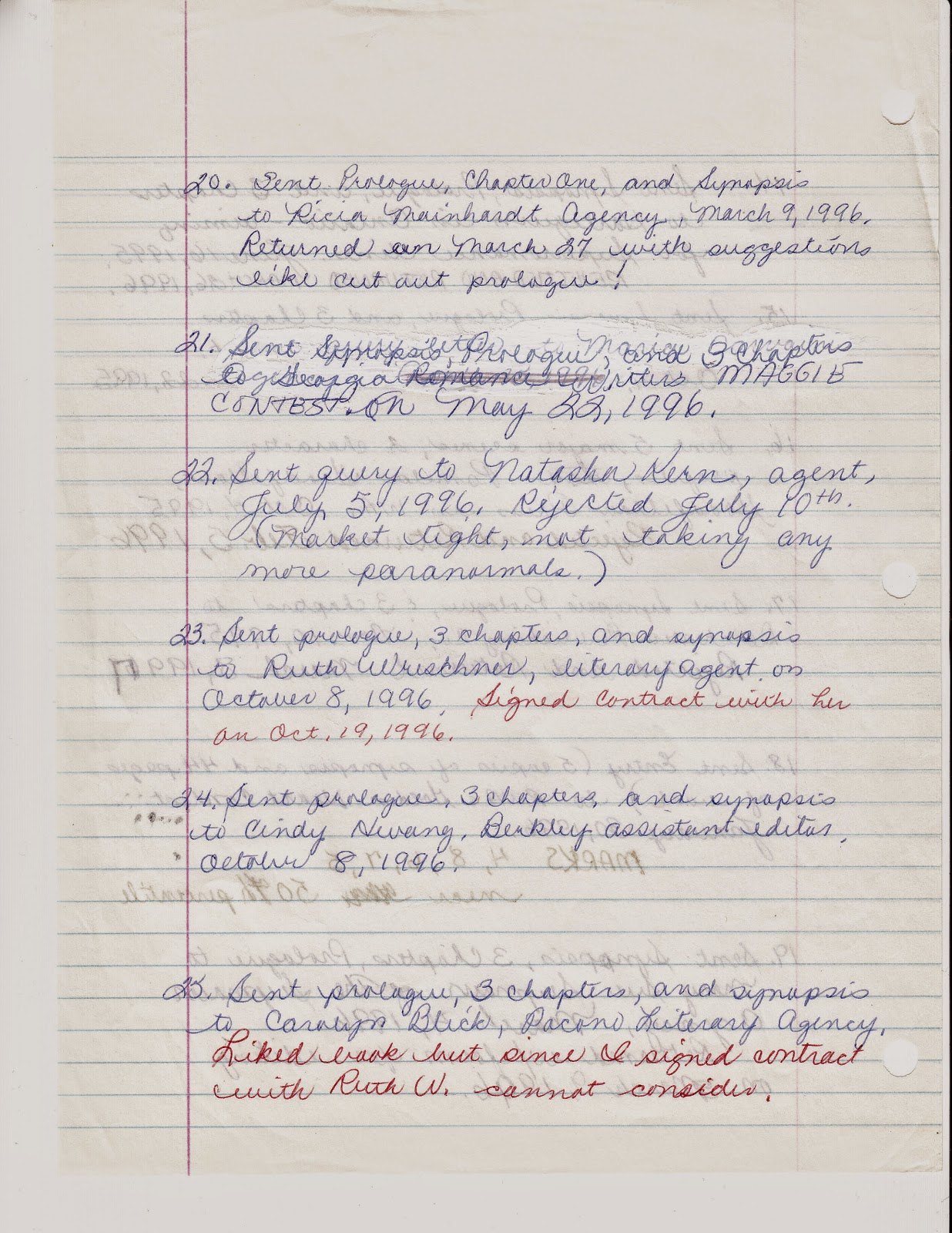 But I am delighted to have the book on the market. It is a dream come true, a hard won dream to be sure, but that's what makes it sweeter. 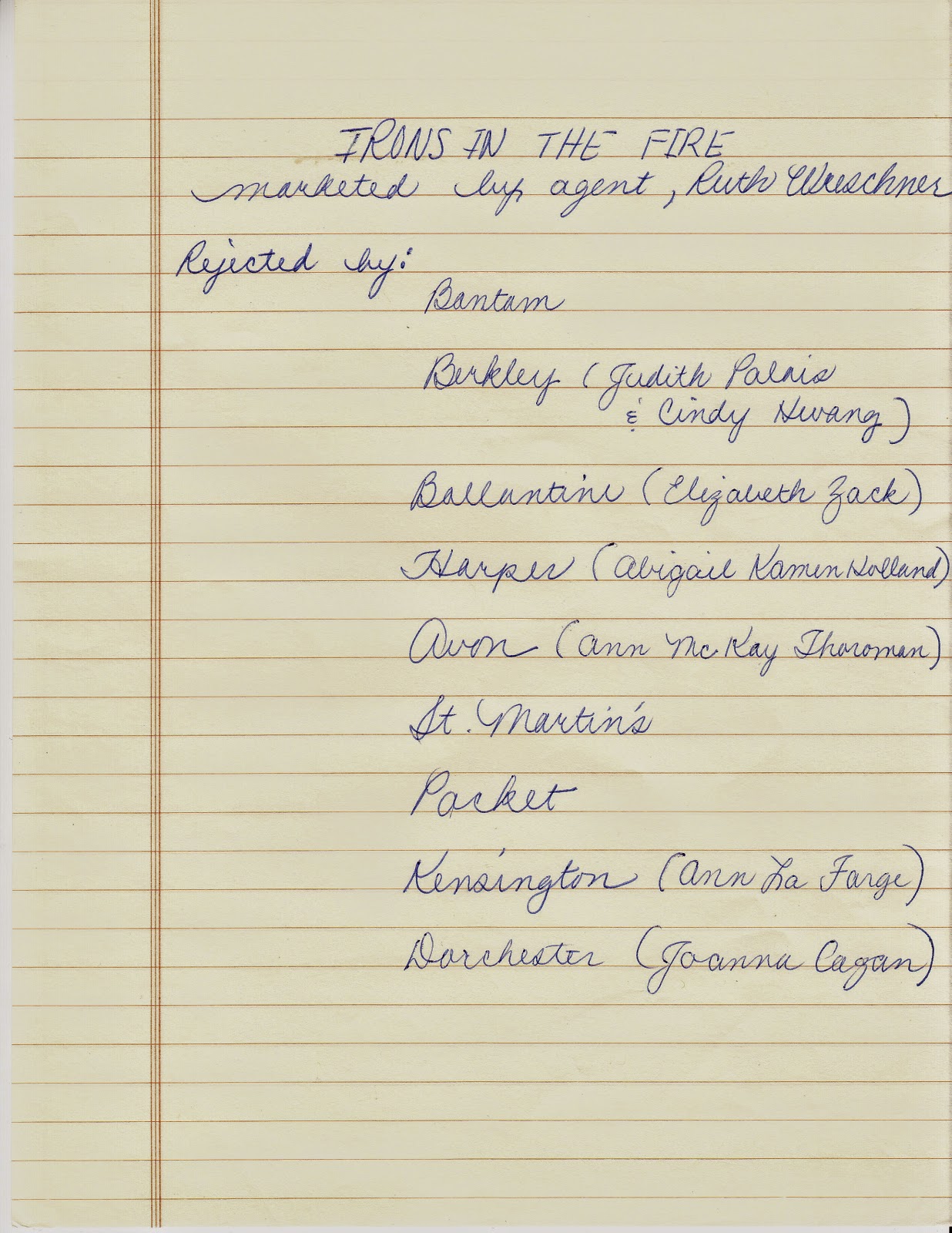 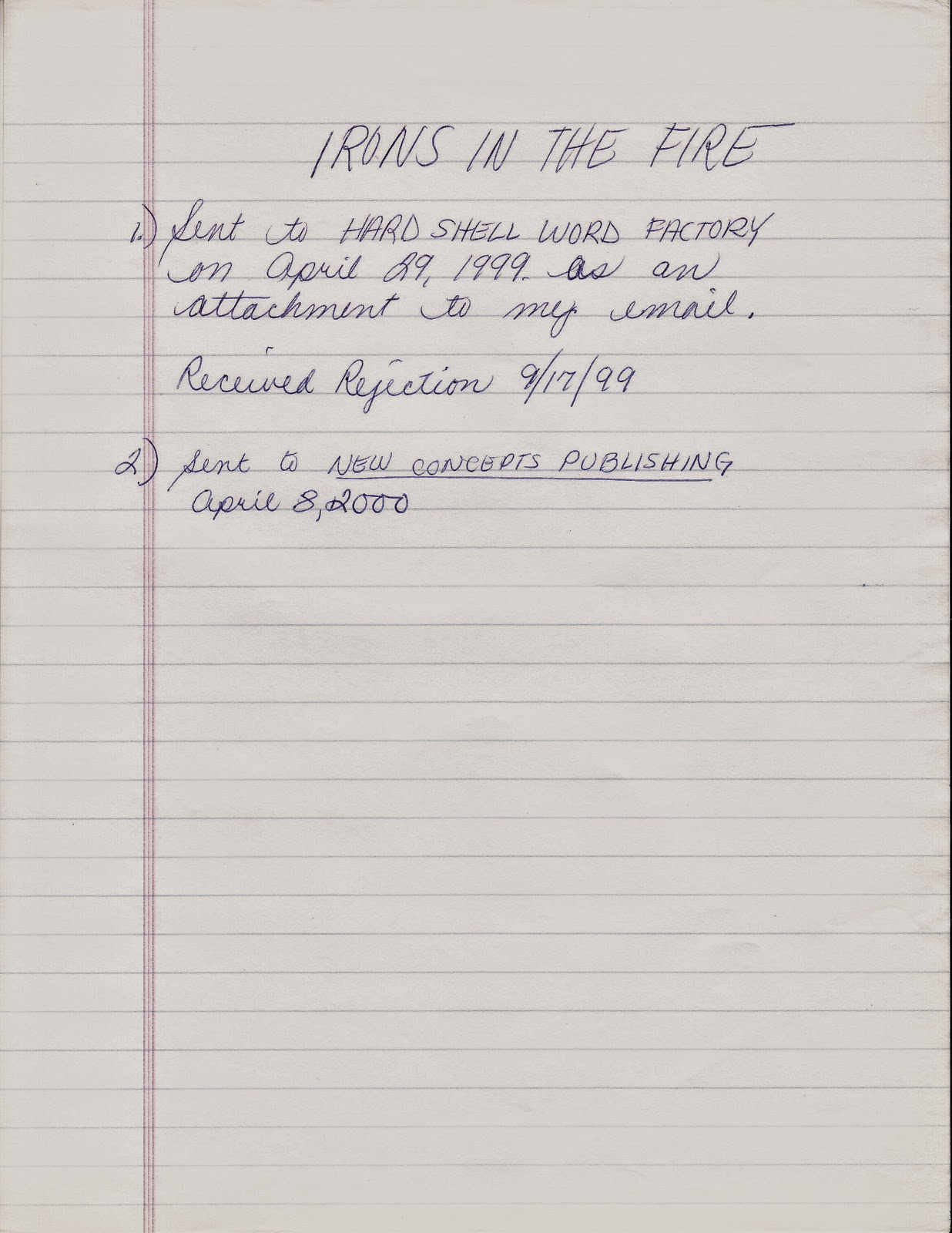 No one in their right mind would reject one your works.

Great inspiration to never give up.