One Mischief Night Long Ago 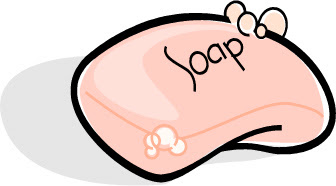 I never allowed our daughters to go out on Mischief Night. Aside from the fact that I don't believe allowing children to commit acts of mischief is ever a good idea, I had a personal experience with Mischief Night that continues to haunt me.

Once when I was young, my brother, my younger sister, and I grabbed a few slivers of soap and went out into the early evening one October 30th. It was already dark. We ventured away from our own block because my brother suggested it. (He was adventurous, I was not.)

Some big teenagers came along and demanded our soap. They looked huge and mean and we were scared. So we handed our soap to them. I have no idea why they wanted the soap, the pieces were pathetically small, but because they were so terrifying I assumed they wanted to soap up some windows. However, our younger sister started bawling and the big guys gave her back her small piece of soap.

At that point, my brother and I decided it was a good time to head home. We had not soaped up any windows and we never went out again on that night--even when we grew into big, scary teenagers.
Posted by Penelope Marzec at 10/16/2012 10:25:00 AM