Guest Post: A DREAM OF CHRISTMAS by Erin Stevenson 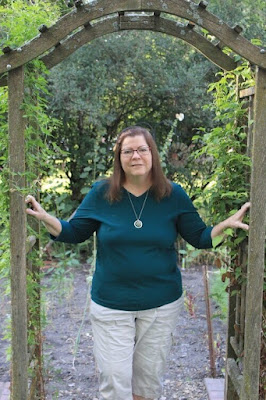 My guest today is Erin Stevenson, a former elementary, secondary, and collegiate educator. Writing for the past decade, her longtime faith and experiences of living across America come alive in her books. Erin is recently retired, traveling the country with her dog in a camper, looking for inspiration for her next novels.

Erin's latest release is A DREAM OF CHRISTMAS.

The book begins when Finn Donovan answers a late-night knock at the door, there stands Charity Sullivan, the only woman he’s ever loved. He hasn’t seen her since the night nearly seventeen years ago when they shared a magical kiss after a months-long friendship.
But Charity isn’t alone, and her last name is no longer Sullivan. Her four children are with her, and she’s looking for a place to hide. Her marriage just ended, and her former father-in-law, a powerful, dangerous underworld boss, will stop at nothing to keep her from leaving with his grandchildren.
As Finn and Charity’s friendship rekindles, Finn’s protective instincts go on high alert. He’s never stopped loving her, but as an upright, God-fearing man, doesn’t want to take advantage of her vulnerability. Charity is drawn to Finn. She dreams of a future for them, but unanswered questions from the past stand between them.
When Charity receives a phone call telling her that her former father-in-law has discovered her whereabouts, she decides to go on the run again. But Finn isn’t having any of it. He has a Christmas dream of his own, and it won’t come true without Charity and her children. 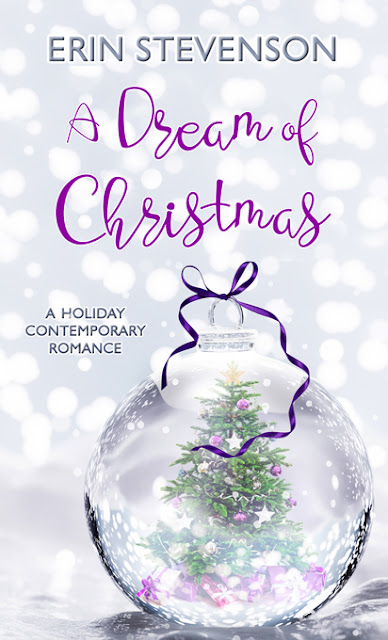 Now sit back and enjoy an excerpt!

Finn Donovan flipped the sign to Closed, locked the door, and rested his head on the cold glass. He was so exhausted he could barely move.

He’d made it. He’d survived Thanksgiving.

Donovan’s restaurant was an institution on Boston’s North End and had been in Finn’s family for four generations. Robbie and Michael Donovan, Finn’s father and uncle, had taken it over from their parents nearly fifty years ago but were now retired. Between them, they had six daughters—Finn’s sister Mia and their five girl cousins—all of whom still lived in the area but were busy wives and mothers with little inclination or time for the restaurant. Finn was the sole proprietor now.

He pulled away from the door and shuffled to the back, turning off lights as he went. When he entered the saloon doors into the kitchen, a wave of exhaustion slammed into him.

It was his own fault. Donovan’s had always closed for Thanksgiving until Finn had taken over last year, and his decision to open on the holiday was just one more bone of contention between himself and his dad and uncle, who couldn’t believe he was giving away all that food. Finn insisted that the neighborhood meeting place would give people with no place to go a warm meal and community fellowship. It wasn’t always about the bottom line.

He’d had help from some of the family today, but once they closed, he shooed them and his crew out. Finn needed to be alone and cleaning the kitchen would be therapeutic for him.

It would also keep him from having to go upstairs to his dark, lonely apartment with nothing but thoughts of the anniversary of this day to keep him company.

Finn took a breath and ran a hand through his hair. The kitchen wouldn’t clean itself. He walked out to the soda fountain and grabbed a plastic tumbler. After filling it with ice, he put the cup under the clear soda spigot but then changed his mind. Tonight, he needed caffeine.

The front door rattled as someone pounded on it.

Soda splashed out of the cup onto his hand. Finn tipped his head back and closed his eyes. No. He couldn’t serve one more meal. But if someone was in need, he wouldn’t—couldn’t—turn them away.

“Hello! Is anyone there?” A female voice.

Finn strode to the door, and his heart stopped. A woman stood on the other side of the door, surrounded by four children, all bundled in winter clothing. Two of them were tall, boys. The younger two looked like a boy and a girl.

It couldn’t be. Even in the dim light, in the swirling snow, he’d know those eyes anywhere.

He wrenched open the door. “Come in, come in.” The little group trooped in, bringing a blast of cold air and flurries with them, and Finn closed it behind them. He switched on the light.

Charity Sullivan stared back at him, the only girl who’d ever owned his heart. What in the world was she doing here?

Finn was instantly transported back to exactly seventeen years ago when two souls connected in a way that Finn hadn’t experienced since. Over a period of a few months, they’d talked for hours, held hands, and one night, under a gently falling snow, shared a kiss that shimmered with hope and promise.

Finn hadn’t seen her since that night.

He stood rooted the spot, drinking her in, and she seemed to be doing the same.

You can purchase the book at most ebook distributors:

I loved your story, Erin. God's grace shines through for your characters. And of course, it's Christmas. Thanks for sharing an excerpt.

Erin, I loved this story of second chances. Congratulations on your new release.

This is a lovely story of hope that I really enjoyed.

This sounds suspenseful and sweet at the same time. Congratulations!

Yes, suspenseful and sweet—also delicious with lots of yummy desserts being prepared.😋 I enjoyed it so much!