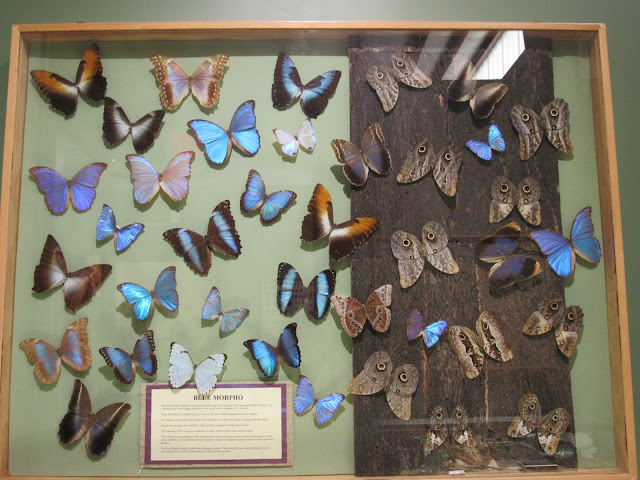 A long, long time ago I wrote short stories for a small romance magazine. It was fun--until the magazine folded. Eventually, I put the stories together into a book, FALLING IN LOVE, which is available in both print and ebook editions.

Once, hubby and I visited Insectropolis, a bug museum in Toms River, New Jersey. It's a fascinating place. Inside was a display with Blue Morpho butterflies shown above, which reminded me of one of my short stories, A Shade of Difference, which I've pasted in below. It's short enough to read in one sitting.


A Shade of Difference