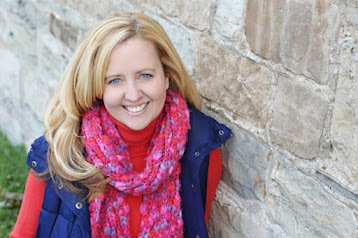 My guest this week is Stacey Weeks, a ministry wife, mother of two teens and one tween.  She is an inveterate sipper of hot tea with honey who loves to open the Word of God and share the hope of Christ with women. A multi-award-winning author and the primary home-educator of her children, she is also a frequent conference speaker. Her messages have been described as rich in the truths of Scripture, gospel-infused, and life-changing. Stacey is currently working on a graduate certificate in women’s ministry with Heritage College and Seminary.

Stacey's newest release is Mistletoe Moviestar, which is built around the magic of Christmas. As jingling sleighs cart rosy-cheeked lovers around the Mistletoe Mile, Charlene’s holiday dream is more complicated than photoshopped perfection. She proposes a compassion ministry initiative called the Gingerbread House but struggles to convince the town that their need for a homeless shelter is real.

Famous for his made for television holiday movies, Jonas longs for a happily-ever-after that isn’t as neat and tidy as his unrealistic films. Partnering with Char to champion her ministry invigorates him with a new purpose and provides an excuse to spend time with the girl he never forgot. But when they embrace three young sisters fighting to stay together while living on the streets, their project becomes deeply personal.

Together, they prove to a town reluctant to see anything other than holiday perfection that the greatest gift of the season isn’t found under a tree. 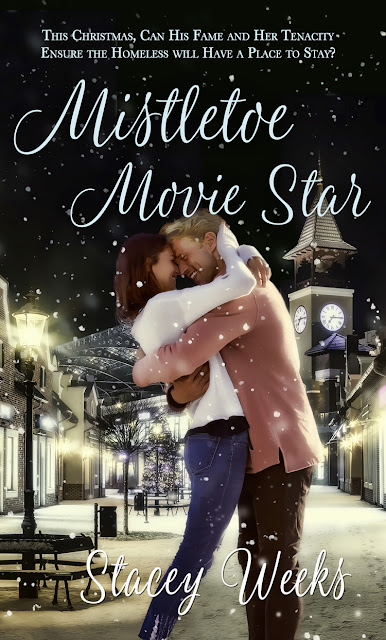 Read the fantastic excerpt below for a taste of this wonderful story:

“Where is home for you, Nat? I know most of Janie’s friends. You’ve only lived here for a few months now, right?”

Nat blinked several times, and then her gaze darted away.

Char extended the puppy out toward Natalie to force an interaction. “Would you mind holding Cinnamon? She’s chilled, and if you hold her against your skin, it will warm her up.”

Natalie’s chest rose as she puffed out her cheeks and slowly exhaled. After a few beats, she unfolded herself and took the puppy.

“Open your jacket and tuck her against your body,” Char explained. “Your body heat will help her warm up.”

Nat complied, but she still didn’t say anything.

Char kept her hands busy checking the other pups in the whelping box. She purposefully avoided making eye-contact with Natalie. Hours volunteering in the community had taught her that working alongside someone rather than interacting face-to-face often encouraged them to open up.

“I know what it’s like to move around. My dad was in the military, and I associated the word home with boarding school.”

“Even Jonas knows what it is like to be the new kid. His parents were missionaries, and they moved all over the world. When you’re born into one culture but raised among others, it’s hard to know who you are.” Char made notes in the book Jonas had started, her belly fluttering with nerves. To help Natalie, she first needed to reach her. She held her breath.

Thank you, Lord. “I can’t count the number of times my parents had told me that my new room would be nicer than my old one, and that I’d make new friends. But all I wanted was the room and friends I already had.”

Natalie blinked away tears. She opened her mouth as if she wanted to speak, but she closed it again. She swallowed.

“Tell me about the places you’ve lived.” Char opened her medical bag and rooted around inside of it.

Nat straightened. “We used to live in a house, but then we moved to an apartment. After that, we stayed with friends.”

Char tipped her head to the side. “What has been the hardest thing to leave behind?”

Char doubted anyone had ever asked her that before. Most people asked where you were from or stuff like that. Stuff you couldn’t answer when you were forced to cycle through grief again and again with every move.

Something in Nat’s demeanor broke. “I miss my mom,” she whispered. “I miss my friends.” She pulled up her knees and pressed her face against them while cradling the puppy.

The barn’s floorboards creaked as Char shifted to sit beside Natalie on the floor. Her gut clenched. Their mom wasn’t with them? “Where is your dad?”

A chill swept down Char’s spine. Nat was in Mistletoe Meadows with neither parent? Who was caring for her? Suzy couldn’t be more than sixteen.

“Where are you living, Nat?” Her scalp prickled. She feared she already knew. It would explain the guilt flooding Nat’s face.

What people are saying about Mistletoe Movie Star:

“Everyone wants a place to call home. We have physical homes and spiritual homes but sometimes ‘home’ is wrapped up in the ones we love. No matter what we do or where we go, we all long for a home.” Julia Wilson Christian Bookaholic

“I’ve enjoyed all three of Stacey Weeks’ Mistletoe Christmas novellas, but this was by far my favorite.” Carol James

Sign up to Stacey’s newsfeed and receive the free short story 12 Days Under the Mistletoe: James has 12 days to win Wendy’s heart.

Thanks for having me today!

Congratulations on your new release! I loved reading the book. The storyline is absolutely PERFECT for the Christmas season.

I loved this story! It's a perfect start to the Christmas season. Best of luck with your release!