Please welcome my guest blogger GAIL PALLOTTA! Her latest release is one of the "Love Is" series of books from Prism Book Group. 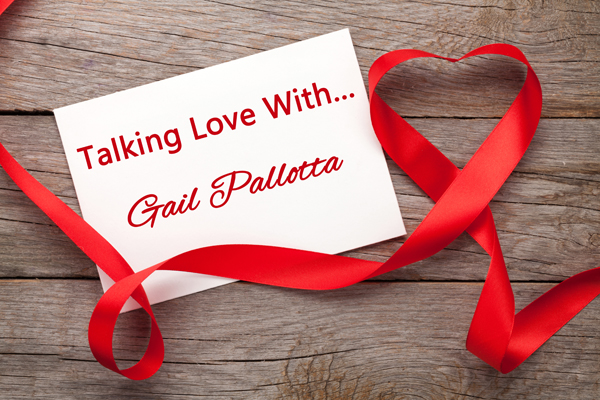 When I was in college I used to run into an atheist in the small cafe where we gathered for Coca-Colas, hamburgers and French fries after class. I tried to avoid him, because he always hopped over to my table and started an argument about my faith.


Perhaps he comes to mind on the release day of Breaking Barriers for several reasons. One, he was angry at me because I am a Christian. Even though today I can’t recall which verses he used, he’d take passages from the Bible and try to make me say they weren’t true. When I wouldn’t, he’d retort with a scientific argument and claim it had to be right.
The second reason he comes to mind—it was the mention of God’s love that finally silenced him. One day I grew so frustrated I asked, “If there’s no God, where does love come from? Why don’t you mix me up a little bowl of it? If scientists could do it, they would, because they could sell a ton of it for lots of money.”
His mouth gaped.
He never trotted to my table again.
Since then I’ve read that we have chemicals in the brain that produce love. I’ve often wondered if he came up with that theory. Even if that were true, the chemicals in the brain came from somewhere, and that would still lead back to God. I hope it wasn’t him. I hope he thought about God’s great love for us and decided to read the Bible.
Check out Gail’s contribution to Prism Book Group’s new Love Is series… 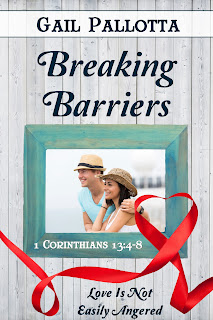 Breaking Barriers
“…love is not easily angered …” 1 Corinthians: 13:5
Gunshots ring out as Ann Jones enters the church. She hides in the bathroom until they stop, then stumbles into the sanctuary. The congregation lies dead in pools of blood. To rebuild the church, she starts True Light Guardians. At the first meeting, she’s attacked by a terrorist, but rescued by James Crawford. He melts her heart, cold from her father’s abuse, and they fall for each other. She’s afraid to commit to love that might grow angry later, like the type she knew as a child. James yearns to stop other attempts on Ann’s life, but can’t. Tormented by her constant risks, he breaks up with her. When an assault sends her to the hospital, an unlikely ally shares Ann’s plight with James, but he reveals a lead that puts all three of them in even more danger.
http://amzn.to/28VWW48
www.prismbookgroup.com