My guest today is Gay N. Lewis, one of the Prism Book Group authors. She has a great story to tell about how she met the man who would be her husband. 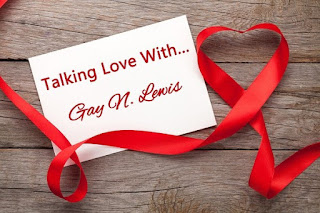 At the age of seventeen, my boyfriend presented me with an engagement ring. I said yes and then wondered what I’d done.

My fiancé was good-looking, charming, and he cared for me, but our goals were different. The man I’d promised to marry planned life as a farmer. Can you imagine me as a farmer’s wife? I grew up in the city, had never even planted a pot of ivy, and possessed no idea about country life.

And to top that off, at the age of eight, I’d surrendered for God’s service. I presumed I’d teach children Bible stories in a distant country in South America. After all, I was studying Spanish.

To say I had second thoughts about marriage to this nice guy is an understatement. Our ideas were totally incompatible. I guess when I said yes I didn’t want to hurt his feelings.

I finally decided it would be kinder to undo this tragedy in the early stages rather than continue in a relationship destined for failure. Three months later, on a Saturday night, I gave him the ring back. He reluctantly accepted it and said to me, “You’re gonna get your feet wet.”

As I tried to sleep the night of our heartbreaking parting, I thought about his odd remark. I’d never heard the expression before, but I had an idea what he meant. The thought came to me that my feet had been in hot water when I’d accepted his proposal. I’d just dried them off when I returned the ring.

The next morning dawned warm for early March in Texas. After church, I spent the afternoon washing cars for a high school fundraiser. The project kept my mind off the sadness dwelling in my spirit. During a lull between vehicles, I inspected my appearance and gave a rueful smile. My feet were literally wet, and so was the rest of me. I was a dirty mess, but I don’t think that was the kind of prognostication my former fiancé had meant.

As I finished hosing down the last car, a friend and her mom came by. I declined their invitation to attend a new church, but they talked me into it and waited for me to change clothes. The three of us strode late into the service. The small, crowded sanctuary left no room for us to sit together, so we split up.

At the end of the service, he slipped out the back door and managed to be the first one to greet me as I left the sanctuary. The guy must have sprinted—he appeared faster than Texas tornado. We exchanged names and spoke a few minutes, and then I left.

Intuition told me he’d call on Wednesday night. And he did. We made a date to go bowling the coming Saturday night. The evening was fun, and in between my falling down once or twice and throwing my ball into the gutter rather than down the alley, I discovered he planned to enter the ministry.

He walked me to the door as our date ended. He kissed me goodnight and then said, “I’m in love with you, and I’m going to marry you.”

Whaaat? Was he kidding? Seriously?

I’d just ended a relationship and had no intention of jumping into another one. This guy didn’t know me, and he loves me? What kind of nut could he be?

Before long, I learned. This man is a fast mover, makes speedy decisions, and is seldom wrong with his discernment.

Our relationship moved along at a rapid pace, and I discovered we shared the same goals.

He was in college, worked full time, gave twenty hours a week to the church, and somehow managed to find time for me.

Before long, a church in Oklahoma invited him to become their pastor. He accepted the invitation, and then drove back to Texas. We met for lunch the day he returned. He proposed marriage—presented me with a ring. I felt comfortable accepting this one, but I wanted to wait before we said the vows. I’d just graduated high school and wanted to attend college for at least one semester. During those few months, I could plan a wedding.

“Oh no, you can’t do that—no time. I told the church I was bringing a wife in three weeks. We have to marry now.”

Whaaat? Was he kidding again? Seriously?

After I gulped back my shock, I responded. “I can’t marry you right now. My mom is in the hospital.”

His reply? “We can have the ceremony there.”

My fiancé drove to the hospital to visit with mom. She was extremely ill, and we weren’t supposed to upset her. She surprised me by accepting the news well, but she asked the young preacher how much money he would be making.

Mom almost fell from the bed. “Fifty dollars a week? You can’t live on that.”

Uh oh. She’d misunderstood the amount. My sweetheart merely nodded and said, “The Lord will provide for us.”

Six months after we met, we had a small ceremony in the chapel at the Methodist Hospital in Dallas, Texas. We said vows on a Thursday night and packed our few belongings on Friday. We drove to Oklahoma on Saturday, and Paul preached his first sermon on Sunday morning.

Our meeting and wedding sounds fictional, doesn’t it? But it is a true story.  I tell it often when I speak to groups. Maybe I’ll include it in a book in the near future.

My sweetheart isn’t the most romantic guy in the world, but he is kind, caring, thoughtful, and funny. The first time I saw the Dallas skyline lighted up against the black sky as we drove in from rural Oklahoma, I cried.

My new husband said, “If I’d known lights would make you this happy, I would have fastened a string of them in the back yard.”

The Lord, Paul Lewis, family and friends are the loves of my life. I’m thankful that God graciously prevented me from making a mistake with a nice guy—but he was the wrong one for me. God was kind to me, and I didn’t get my feet wet. God gave me the husband He’d intended for me all along.  I just had no idea a whirlwind came with him.

And here’s the thing, this man of mine still moves faster than I do. Somewhere over the years, I’ve adapted to his swifter pace. On the other hand, he’s slowed down a bit so I can keep up. 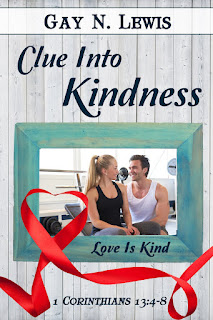 Georgia loves her husband, Alan. She shows him kindness with actions and words, but Alan responds in a heartless, selfish way. In order to be respected by people, he believes he must have a perfect wife—so he criticizes Georgia at every opportunity—even tells her she’s fat! Alan’s best friend, Ken, and his wife, Jana, reassure Georgia that she is still the gorgeous beauty queen she was during her college days. Who will Georgia believe—her friends or the mysterious stranger who comes into her life?

Circumstances bring a change to Alan’s attitudes. But is it too late to save this marriage?

Find it at AMAZON now!