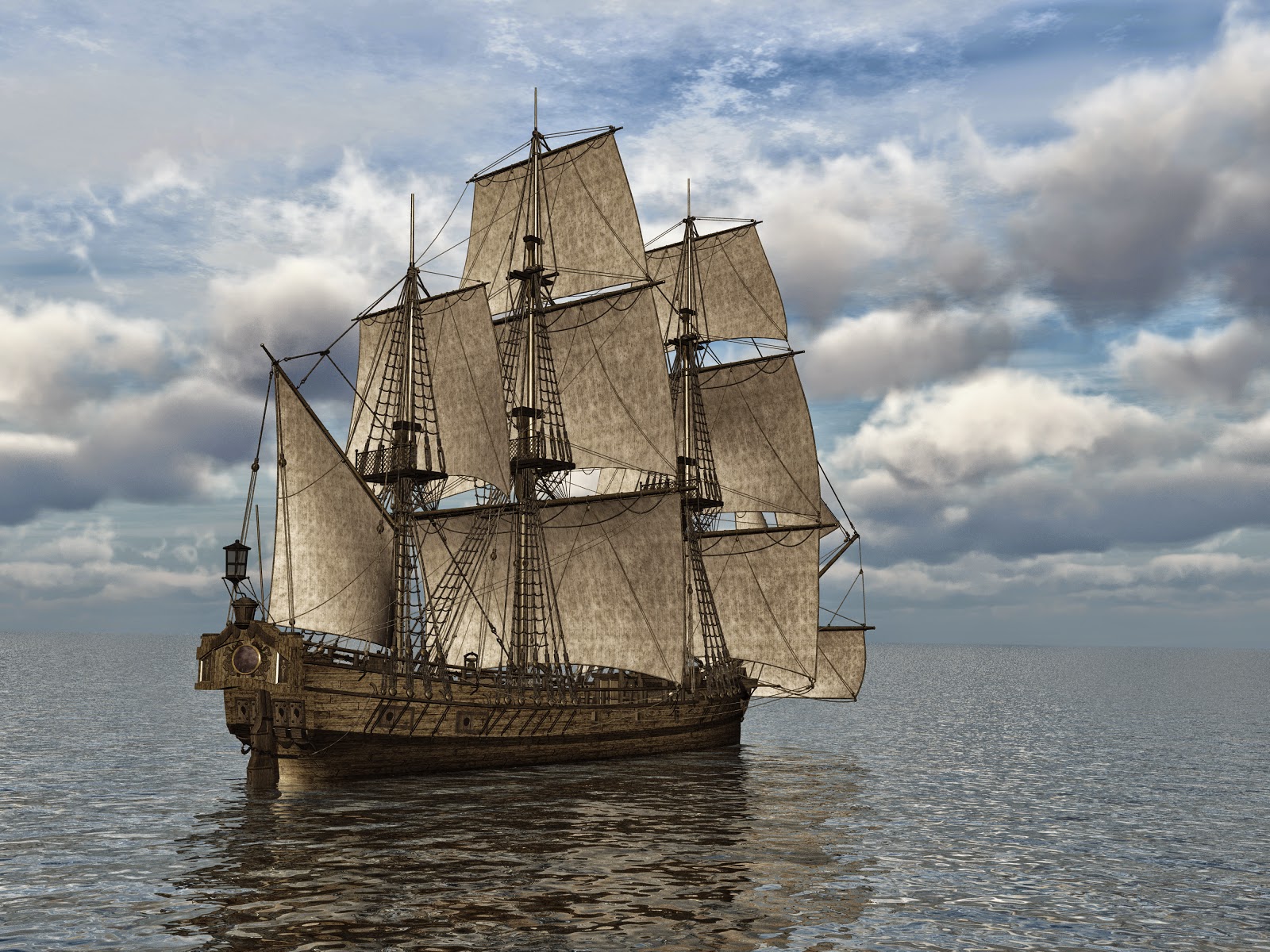 In two more months, PATRIOT'S PRIDE will be released. It's the sequel to PATRIOT'S HEART, and from the moment the idea for Agnes's story came to me, I knew I had to tell Margaret's story as well.

Agnes and Margaret are sisters. Agnes took over her father's blacksmith shop, but Margaret is a baker of local renown in the little town where she grew up. Though there are six years between them, they are close. I know not all sisters find a best friend in their sibling, but it can happen. Though there may be squabbles and arguments, some sisters grow up to appreciate each other.

Agnes's story is set in 1778, right after the Battle of Monmouth. Margaret's story takes place immediately following the war when she sets off for England in a sailing ship much like the one pictured above.

I went to England once, but I flew over three thousand miles of ocean--it was a lot quicker. It's difficult to imagine the hardships travelers endured on a long voyage in the old days on a sailing ship.  When hubby and I went on a cruise to the Bahamas, we enjoyed six meals a day. The food was fantastic, but back in the late 1700s there was no refrigeration. Travelers had no vegetables. Meat and fish were preserved in brine. (Very salty!) There were grains--like oats. It doesn't sound like a varied and interesting menu.

If you haven't read PATRIOT'S HEART, now would be a good time to start. Then you'll be ready to read PATRIOT'S PRIDE when it's released. You can journey across the ocean with Margaret to England without leaving you house and you'll be able to eat vegetables and other delicacies requiring refrigeration. It's a great way to travel. :-)