Hubby and I have been seriously lacking adventures during this pandemic--but we didn't want to go too far away. We decided to make a trip to the Palisades Interstate Park. Neither of us had ever visited it and it wasn't too far away. However, we went on a Friday during the summer which meant we were bound to hit traffic at some point. Also it was going to be a rather hot day. 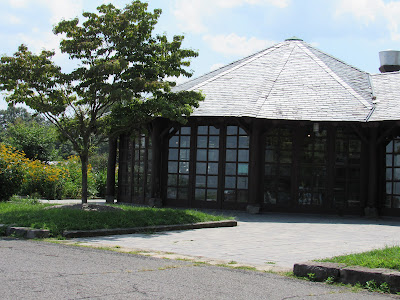 We arrived just in time for lunch at the Lookout Inn. I ordered the jumbo hotdog with sauerkraut. That was the best hotdog I've eaten in a long time. We sat outside at a picnic table to eat. There are plenty of picnic tables. There are other picnic areas as well, but we did not visit any of those.

By that point, the temperature was climbing. I took lots of photos of the area. The views from the top of the cliff are impressive. Lots of solid rock and the wide Hudson River.

As I was wandering around with my camera, another couple waved me to where they were standing. They were taking photos of a peregrine falcon sitting on a branch. They even moved aside so I could get a better view. 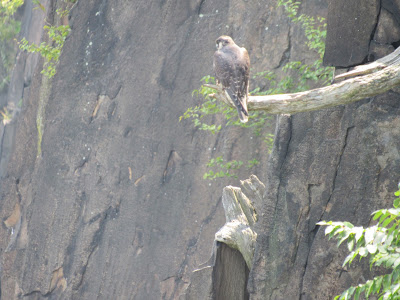 There are many, many different areas of the park and many, many trails. I think it would be a better place to visit in the fall--when the temperature is more conducive to long hikes.

Seeing the cliffs from the water would be great, too. There are docking and boat launch facilities in the park. We saw several boats and jet skis cruising along the river from where we stood at the top of the cliff. 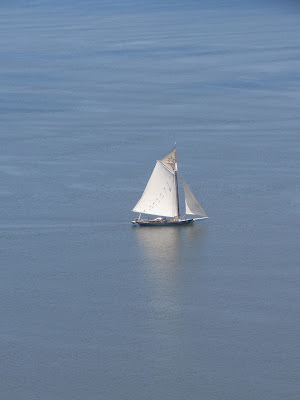 One sailboat in particular intrigued me. It looked familiar. When we got home and I showed the photos to my daughter, she told me it looked familiar because it was the Clearwater! We took our children to many of the Clearwater Festivals in NJ when they were young. So nice to see it floating along on the Hudson River.

It would be nice to go back and check out the docks at the park, or even go to a fishing area and watch folks fishing. Or to do a little hiking when the weather cools down. I really wanted to see the Women's Federation Monument, but it was simply too hot to tramp through the woods.

Of course, as I expected, we were tied up in traffic on the way home, but we had Bruce Springsteen's Seeger Sessions CD playing so we sang along.

NJ has some beautiful scenery and the Palisades Interstate Park is a great place to see. It was a good, though short adventure. 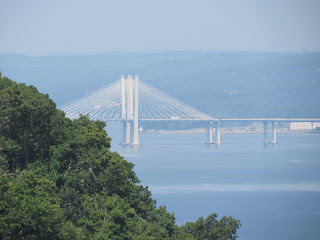 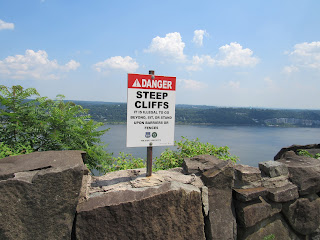 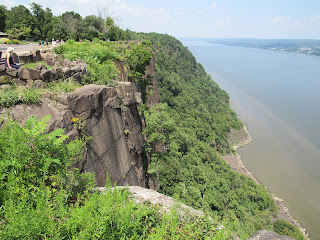 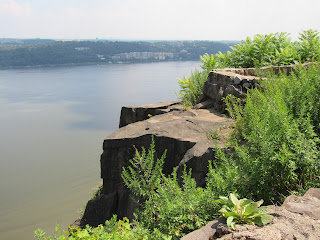 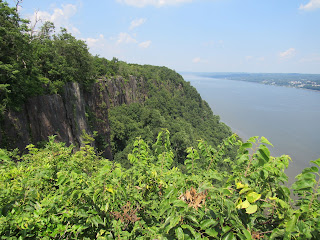 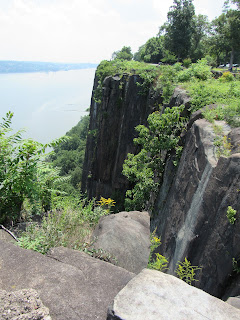 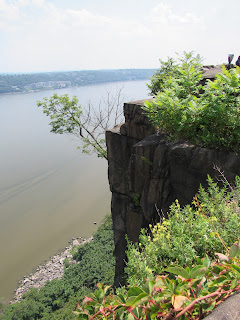