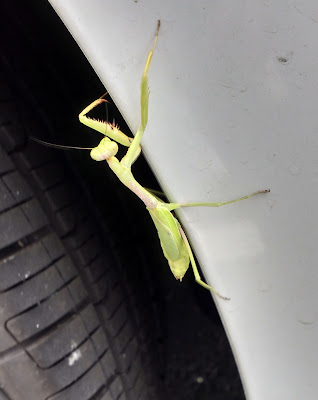 I said goodbye to the praying mantis and wished him well, hoping he would go look for lunch in the grass instead of on the edge of a car.
Posted by Penelope Marzec at 9/12/2016 09:39:00 PM