Scene from A RUSH OF LIGHT 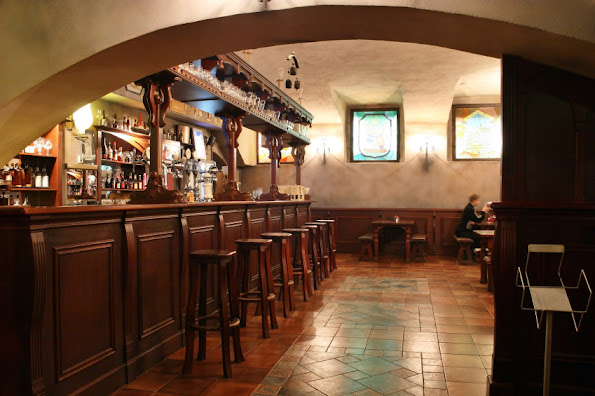 A RUSH OF LIGHT is the story of Callie Turner. When she was sixteen her father was murdered but the crime was never solved. Callie became a cop with a mistrust of lawyers. Due to an accident, she is on a disability leave from her job, and trying to start a new career at her father's old inn. Nick Messina saved Callie's life the day her father was murdered. A devout Christian, but a burned out lawyer, Nick has plenty of reasons not to trust cops. Filling in at his uncle's service station, Nick walks into the old inn and is surprised to discover Callie is managing the old inn across the street.

Her customer regarded her with a measure of surprise, which made her feel as though he could look right through her. Putting one hand up to touch the buttons of her white shirt, she reassured herself that none had come undone. Her gaze wandered to his lips and lingered there. Few men had a mouth so generous.

What am I thinking? The room warmed—as if she stood in the middle of a street during a July heat wave directing traffic. She grabbed an icy bottle of water and went in search of the broom. Everything about him puzzled her. Why did she have a nagging sense that she had met him before this?

Two months ago she returned to town. Very little changed in the area during the eight years of her absence. Her customer may have grown up here as she had, though she judged him to be slightly older. It could be possible he knew her sister.

She cooled down, located the broom and the dustpan, and heard the front door open again. Another customer joined Mr. Dirty Fingernails. The two appeared acquainted with each other and moved to a booth in the corner. Leaning the broom up against the bar, Callie stepped on plenty of peanuts as she made her way to the table.

Her newest customer wore a vested suit. Judging from his leather attaché, she guessed he was either a lawyer or a securities broker, but since he was talking to Mr. Dirty Fingernails, the lawyer idea seemed more plausible.

“May I get you something?” she asked.

“Dewars on the rocks.” He hurled the order at her with words clipped, cold and exact.

When she announced the price, he slid a credit card onto the table. He didn’t even give her a glance—as if she were less than human. A spark of anger ignited deep down inside her.

Definitely a lawyer. She hated them all.

“Cash only,” she said, unable to eliminate the contempt from her voice.

The man turned, narrowed his eyes and gave her a sharp look. “I don’t carry cash.”

Deliberately stomping the peanuts under her feet, Callie went back behind the bar, finding it nearly impossible to stifle her hostility. She should have taken the lawyer’s credit card and shredded it into slivers.

She chose a glass, scooped up the ice, poured the Scotch, snatched up a cocktail napkin, and started back to the table.

She discovered crushed peanuts are far more slippery than whole peanuts. As she rounded the end of the bar, her feet slid out from under her. The drink went flying and crashed against the gleaming brass bar rail. She snatched at the broom, hoping to break her fall. The long handle landed on a chair and prevented her from breaking the same arm she mangled last year. Her bottom landed with a resounding thud on the floor, miraculously missing the busted glass by inches.

Mortified, she winced as the heat blazed in her cheeks. This whole entrepreneurial experiment could turn out to be a disaster if she made pratfalls the regularly scheduled entertainment.

The two men rushed over to her.

“Cut it out, John.” Mr. Dirty Fingernails reached out to her with one of his contaminated paws. “Can you get up?”

She glanced up into his face and found concern gentling his rugged jaw. A crazy flutter tingled inside her chest. She held out her hand, completely ignoring his unwashed state, and that’s when he gave her a genuine smile—one that deepened a dimple in his cheek. Once again, an odd sense of déjà vu came over her.

She had seen him before. Yet, for some reason, she could not recall where or when, which for her seemed very strange.

The calluses on his warm hand rubbed against her skin. That summertime heat wave-on-the-asphalt feeling came over her once more and she could barely breathe as the man who remained an enigma in her memory helped her to her feet.

“Nick, I’ve told you a million times. Don’t be so ready to lend a hand. One of these days, you’re going to get sued,” the vested lawyer grumbled.

“Have you forgotten the good Samaritan?” Nick—or Mr. Dirty Fingernails—asked the lawyer.

Callie could have sworn something magnetic kept her hand in his. She had to force herself to draw away from him, to edge away from his potent attraction, one millimeter at a time. Once she broke away, she leaned against the bar with her mind racing, searching for some scrap of recollection. The lawyer called him Nick, and though that did not help her memory, she easily envisioned meeting him in some dark alley in the city where she used to work. She wondered which crime he committed. She wondered if he recognized her.

“A good Samaritan would be taking a deposition,” the lawyer insisted.

“Please tell me that someday you are going to turn into a human.” Nick sighed.

The lawyer aimed a look at Nick capable of slicing flesh.

Unfazed, Nick threw a glare right back at John. “The courts cannot solve everything, as you well know.”

Callie tried to surreptitiously dust off her derriere. Men like Nick and his friend could smile at you as they pointed a gun at your heart. She did not trust either of them.

The animosity between the two men charged the room with tension and Callie’s anxiety increased. She believed by moving back home she would leave all the dark alleys behind her, but here in her father’s old inn she sensed danger.

“Are you sure you’re okay?” Nick laid his hand on her good arm and the impression of menace diminished while soothing warmth shimmered up from his touch. If someone zapped her with a Taser, she would not be more surprised.

“I landed where there’s plenty of padding. No problem.” She wanted to sound flippant and tough—like the hard-bitten cop she once was. However, her voice came out a little wavery—which was his fault, not hers.

“What padding? You could use some of my Aunt Bella’s pasta.” He gave her hand a tender squeeze before letting it go. Callie found ice creeping back into her soul. 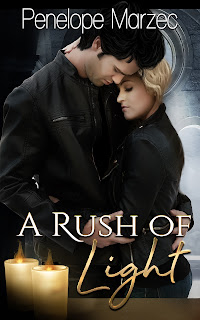