Excerpt from SEA OF HOPE 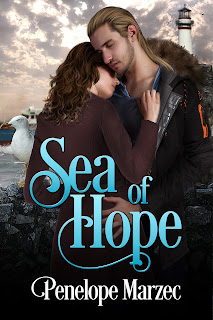 Sea of Hope won EPIC's eBook Award for Best Inspirational Novel! If you get hooked and want to read more, there are links at the bottom of the page.

Excerpt from SEA OF HOPE:

This sounds like a very good story and I can see why you won an award for your book. You write a very good story and your reader feels like they are right there with the characters when reading your story. I wish you great good luck with your writing and believe this will not be the only time you win an award for a book, I do believe you will win many more in your career. Gloria

I lost myself for a moment reading this! I bet Murray did do it!

you really caught my interest with your book Sea Of Hope and sure understand why you won a n award. I vote for you if this is any example of your writing. I was looking for more. ha ha I notice the date is June so hope this still counts in the future drawings. I am just getting into webs and contests and loving it. I started a reader's group so I need to get in and find new authors and books to share with everyone..I am the only one with a computer so they count on me. susan L.

Penelope, I already added my comment about Sea Of Hope but this has really stuck in my mind so much..like a song you hear and can not stop singing. ha ha I hope your area was spare the early snow that surrounded us last week. We had rain but 3 days worth..sure glad that wasn't all snow. ha

Marianne said...
This comment has been removed by a blog administrator.
9:15 PM

I really enjoyed reading this exciting excerpt, and now, I'd like to read the entire book!
Keep up your wonderful writing!
Marianne Wilkes Drake

I'd love to read this book. It sounds like a great read.

Great excerpt. What a way to capture interest!

This excerpt certainly captured my attention. I look forward to reading the book, Penelope.