A Moment of Grace 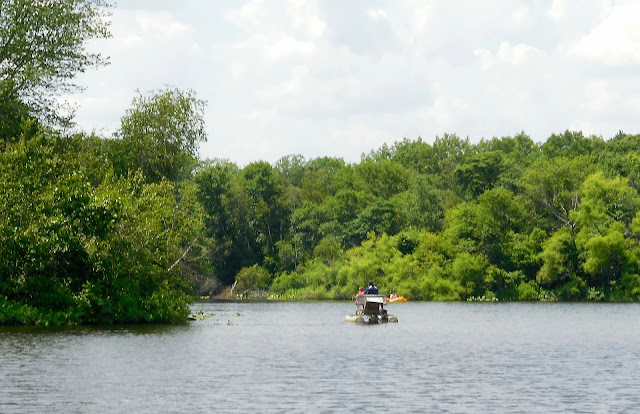 Hubby and I experienced a heaping moment of grace on Sunday. It wasn’t as if we went looking for it. It just happened and we both recognized it for what it was for it touched us as a sign of hope and possibility.

The weather was glorious that day and we decided to go to a local park in the afternoon to rent a boat for an hour. Hubby prefers the paddle boats. I prefer rowboats because I know how to handle them. However, the paddle boats give arthritic knees a good workout and so that’s what we chose. We donned our life vests and spied our ship. I got in first. Then hubby lifted the ropes off the cleats and hopped in with me. Off we went.

There were many people in the park that day and as we drifted around the lake we saw an amazing array of humanity. There were women in hijabs, Orthodox Jews, Indians, Hispanics, and those who are descendants of former immigrants—like us. Families were picnicking, fishing, or cruising around the lake as we were. Everyone was sharing the same park. Everyone was enjoying the day. Everything was peaceful.

While it is true that these groups were not particularly intermingling, they were all in the same space and walking along the same paths. The children were playing in the same playground.

It was beautiful and hopeful. If everyone can share a park in peace, then surely we can share the entire world in peace. At least, it's a possibility.

With our rental hour nearly over, I attempted to pull up to the dock. I am not as agile as I once was. I no longer leap. I did not pull up close enough to the dock to feel secure in jumping out of the boat. Hubby tried the same maneuver and also failed. Fortunately, a much younger Jewish woman, with a skirt that reached to her ankles, asked if we needed help. We gratefully accepted. She easily reached down, grabbed the ropes and attached them to the cleats. We thanked her profusely. Without her help, we may have been there for a while longer.

Our moment of grace has stayed with us We saw not just that park, but the world as it could be. Pray for peace. It's a real possibility.