Gay N. Lewis has been a guest at this blog twice but I'm very delighted she's posting again today! I've enjoyed reading several of her stories about Sarah, the klutzy little angel, and Clue Into Kindness was a real keeper. Please welcome Gay as she tells us about her latest release, Mattie's Choice.


Thanks for having me, Penny. I hope after our visit today your hubby will play the accordion for us. I’ll sing!

Gay: Hubby will play for you anytime. 🎼 🎹 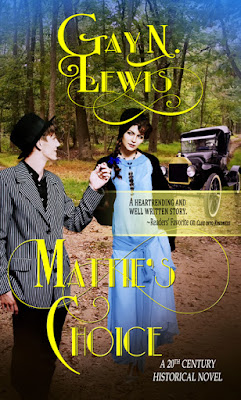 With my newest book, Mattie’s Choice, I’ve departed from my sweet, whimsical, fantasy genre about a dyslexic angel. Oh, Sarah is still up to her bumbles and antics, but I’ve put her in time out for a while.

I’ve been writing a Woman's Christian historical about two women married to abusive brothers. Mattie’s Choice was inspired by my mother-in-law and an aunt by marriage. The book is not biographical, but many of the events in this book actually happened to these women.

My father-in-law wasn’t physically abusive, but he was emotionally cruel. My husband's mother wasn’t allowed to visit her twin brother or any family members. She couldn’t go to her dad’s funeral. Hard to believe, right? Most of us ladies today would say, “No way, buster. Out of my way.” But even today too many women today live with a controlling man. Choices are not easy in these circumstances. My mom-in-law was a strong woman who managed to live within her claustrophobic existence while rearing eleven children. All of those children are now emotionally healthy adults—none took after their dad’s controlling ways. They are successful and respectable citizens.

Everyone has a choice.

In 1925, against her father’s wishes, a romantic and naïve seventeen-year-old Mattie elopes with Jesse Colby in rural Oklahoma. Dreams shatter when Jesse slaps her. Jesse believes women are to obey husbands and forbids Mattie to have a relationship with her “infernal” family. Mattie can’t imagine life without her twin brother, Maury. Her self-confidence ebbs away as Jesse degrades her.

To bring relief from responsibilities and dreariness of life, Jesse and Joe embark on an illicit entertainment with two sisters who live near-by. In the meantime, Jesse refuses to allow Mattie to visit their eleven-year-old son, Adam, in the hospital. Adam is diagnosed with Polio.

One woman discovered the strength to stay in an abusive relationship.  The other found strength to leave.  Neither choice was easy, and both women believed they did what God wanted them to do.

There are study questions which follow the book:
What would your choice have been?
Women are abused today. How can you help them?

Assistance was unavailable in 1925, but shelters and aid exist today. In 1925 the vogue of the day indicted the woman and exonerated the man.

In my research for this story, I discovered that America has only 1,500 shelters for abused women, but 3,800 shelters for animals. Statistics show that one out of four women will face abuse in their lifetime. On a personal note, I can verify this statistic. I have three daughters, so counting me, there are four women in my household. One daughter was married to an abusive man. Fortunately, that was a short marriage.

Here’s another statistic. Police will respond quicker if an intruder is a stranger rather than a member of the household. 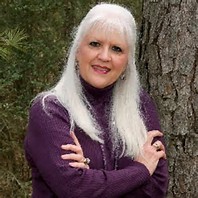 A native Texan, Gay lives in Fulshear, a small town west of Houston.  As a pastor’s wife, Gay writes Faith Features for various church periodicals. She also writes articles for Texas Hill Country.  As a published author for Pelican Book Group, she writes in romance and fantasy fiction. Her current series is about a dyslexic angel who comes to earth to help humans, but Sarah, the angel, is more like Lucy Ricardo with humorous antics and bumbles.

Her latest books, Mattie’s Choice, and Clue into Kindness are not fantasy and romance. They are Christian women’s fiction. The stories are about abusive men and women who are addicted to unhealthy relationships.

The books are available in print, eBook, and audio.
For more information, please go to http ://gaynlewis.com/
Gay would love to have you see her video trailers and become a follower of her blog.
http://www.gaynlewis.blogspot.com
www.facebook.com/GayNLewis and also on Twitter @GayNLewis2.
Sarah, the angel, has her own Facebook page. Follow Sarah on Facebook@ Sarah Wingspand