My guest blogger today is Lisa J. Lickel, another Prism Book Group author with her own true life story about love. 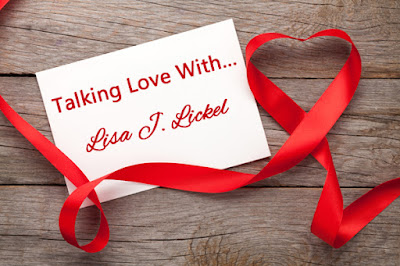 From the time boys became more than “tag” targets I was never without someone of the opposite sex to hang out with, call on the phone, escort me to dances or movies, even when Mom was the chauffeur. I was a drama queen flirt, histrionic friend, and disingenuous church group groupie. I’d love to say it changed in an instant when as a middle teen the Holy Spirit provided the answer to that infinite question of whether Christ was for real. Decades later, I am still working out who I am on many levels. That story won’t get the final edit until it’s over.

In between, I went to college and joined not one, but two Christian groups, fell in love with the music, studying anything and everything, and the boy with the wispy blond mustache and highwater pants from one of the faith groups who prayed with me for John Denver’s soul. Seriously. We won’t know for a while if poor John received the benefit of our intervention. When the mustached boy didn’t run screaming after meeting my family for the first time when we got snowed in and ate turkey three days in a row, and his dad laughed in good humor when I dropped and broke dishes on the way from the table to the sink the first time I met his folks, I knew things would work out fine.

Two grown up children and an odd assortment of grands—girls, boys, and kitties—later, life is full circle as our oldest son heeded the call to seminary and now serves as area director for the many branches of the campus faith organization his dad and I attended. Son number two followed in his father’s footsteps, attempting to encourage a better world through public education. “Love is not proud” is not an easy description to avoid when it comes to introducing family.

Love has shown me all the attention I need has always surrounded me, filled me, poured out of me in ways I don’t have to control or manipulate, or understand. The Lord of life is in charge. My job is to leave behind a story that boasts only of God’s great mercy and grace exemplified in what He has done for me. 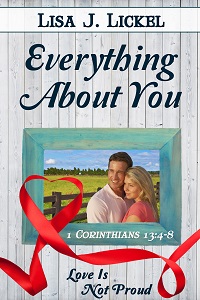 Everything About You
“Love is not proud…” 1 Corinthians: 13:4

She needs a movie set miracle, he needs cash...can a farmer morph into a movie star in five days?

If Shelly has her way, Danny will become America’s next heartthrob and she’ll get her own promotions company. He’s already gorgeous, a little naive, and needs to work on that accent. To Danny, Shelly is on the pompous side, but holds the key to his real dreams...if he can figure out all the rules, say the right things for the daily vlog session, keep his heart strings in place, dodge Shelly’s vicious former boyfriend and the movie star diva.


Shelly’s about to lose a lot more than her heart if she can’t get a handle on her wounded pride and learn who to trust.