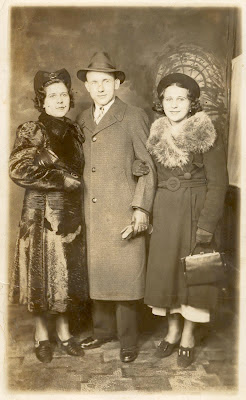 I love those old pics, Penny. You may be inspiring me to post some of those either on my blog, FB or maybe both. Your aunt seemed to be a very kind person.
Ronnie

Studying old photos is fascinating. :^) Yes, post some of yours.

Cioci was sweet, funny, and so unique. Really a wonderful role model for so many.