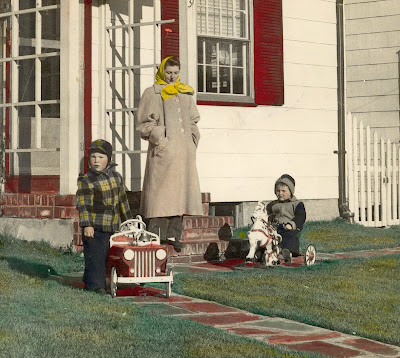 Dolls were always my favorite - I had a lot of Barbie dolls, the female Thundercats and the few female G.I. Joes that they made in the '80s. I went through a pony phase, too, when I had a lot of colorful My Little Pony toys. I also had a lot of flocked plastic animals with little outfits and a doll house for them.

I liked dolls, too--though Barbie wasn't invented until I was almost past the doll stage. My daughters enjoyed the My Little Pony stuff. We probably still have those in the attic. Only one daughter went on to actually like real horses. :^)